The Monash University Cricket Club have made the Mid Year Cricket Grand Final for a sixth straight season in a row, this time it is the Eagles team that have made it to the big dance, this weekend.

Unfortunately that means that the Knights and Lions seasons' ended in the semi-final last weekend, despite very impressive seasons by both teams.

The Monash University Eagles will take on the Bombers Cricket Club at Keysborough Community Park this Saturday 17th of August starting at 11am.

The team is lead by Rohan 'Ricky' Pandit who is captaining his second season on Mid-Year cricket, has lead his side to seven wins and only the one loss this season.

Leading run scorer for the Eagles this season is club coach Jitender 'Jimmy' Kumar who has made 333 runs this winter at an average of 83.25, with five fifties. Jimmy has been ably supported by rookie Taha Mahadi 160 runs, Rohan Pandit 122 runs and Kaushal Surana 114 runs.

The Club would appreaciate as much support as possible this Saturday as the Eagles look to bring home the club's thrid MYCA Premiership.

Mid Year Cricket is in it's 10th season, running from the start April until the end of August, it is one of the fastest growing cricket competitions in the country. Monash University Cricket Club fields four teams in the MYCA giving students from all over the globe a chance to play cricket in Melbourne. 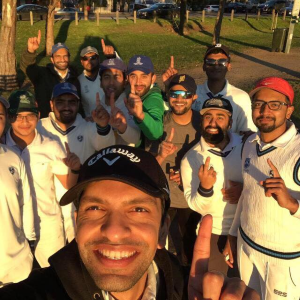