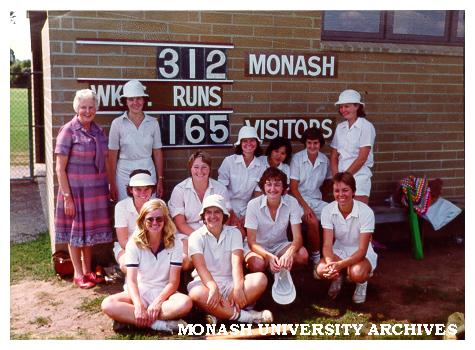 MUWCC was originally formed in 1967/68 joining the VWCA and existing as a seperate club to the Monash University Men's Cricket Club, the club lasted until 1970/71 until it had a four year break.  The club played a B-Grade Grand Final against Melbourne University in their first season.

The MUWCC was reformed in 1975/76 at Monash University Clayton still as a separate club to Men's Cricket Club, while sharing the facilities on campus, with women's games played at the number 4 and the number 3 oval (rugby) and men's games been played on the two main turf ovals. 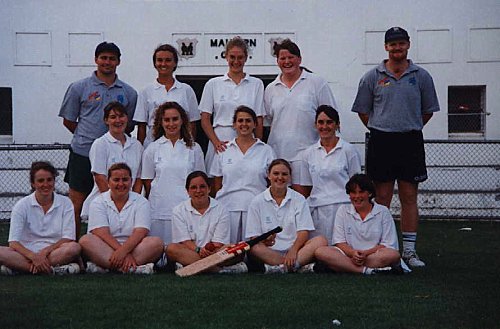 The Monash Gryphons Cricket Club soon realised the potential of forming a women's XI which first played in the season of 1994-95 in the Victorian Women's Cricket Association. The first captain was Tracy Widdows. They won their first Premiership in the season of 2000-01. The combined Monash University Gryphons Women's team shared the 2010-11 VWCA Central Premiership with Edinburgh and unfortunately only competed for one more season, before taking a break from competition in 2012.

The Monash Gryphons Cricket Club was based at East Caulfield Reserve. 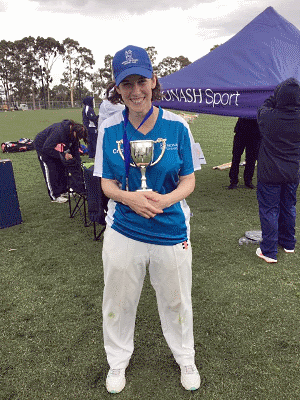 A Monash University women's cricket team was again reformed at the Clayton campus in 2016 after another 4 year hiatus, with new students joining from the University along with some existing members keen to start playing again.  The team started at East Caulfield Reserve and moved to Monash University Clayton (Main Oval) after the first season, with the installation of a Synethtic Wicket.  The club maintains the Gryphon as it's logo.
After only 3 seasons, the club has grown to two sides, and won a T20 and One Day Premiership.