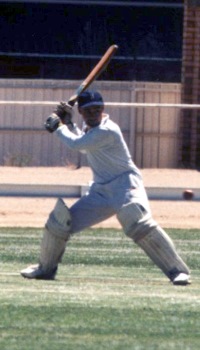 The idea of forming a second Monash University Cricket Club was born in 1990 when a handful of cricket loving friends came together from all over the country to study in Melbourne. All had played with various clubs, but since moving to the city had little interest in joining an established club.

At the time, the Chisholm Institute of Technology was merging with Monash University (Clayton). With the merger, Craig Robinson recognised that this new Caulfield Campus of Monash University did not have a cricket club affiliated under the University's Sports & Recreation Clubs. Craig negotiated with MONSU to form a club to represent the university campus and the Monash Gryphons Cricket Club was born.

The club first played competitively in the season of 1990-91, with a solitary side in the J Grade competition of the City of Moorabbin Cricket Association. The club finished its first season bowing out in the semi-finals with grand visions for the future. Since then we moved into the top grades of the competition and won a couple of premiership flags on the way. But, although the club's dream was to be competitive, it never lost sight of the true love of the game and the ideal of playing in good spirit.

In the early years the club comprised of a solid core of 8-10 members, growing every year. By season 1991-92 member numbers had grown to fill two sides, and soon after a third. In the season of 1992-93, the Monash Gryphons Cricket Club won its first Premiership.

In 2001-02 the Monash Gryphons Cricket Club had a new vision for the future recognising the need to play on turf wickets and changed to the Mercantile Cricket Association. The Club had played in this competition through the seasons of 1994-96, winning successive premierships in the "C" and "B" Grades. This strength was recognised by the League with starting our teams in the "A" and "A Reserve" Grades in 2001-02.

In 2008, the club's name was changed to include the word University, in recognition of the sponsorship provided by the University via Monash Sport. 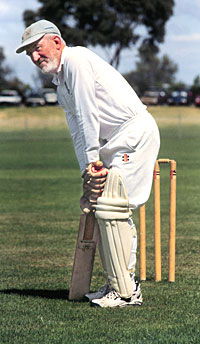 In 1962 the Monash University Men's Cricket Club was formed after the success of the Vice Chancellor's XI v Student's XI in 1961; a game that included Sir Louis Matheson and Doug Ellis. The first competitive side, lead by Rob Dickens, joined the Eastern Suburban Cricket Association (ESCA) in B-grade matting where the team finished 10th out of 10 teams.

Membership of the Men's Cricket Club was open to any person connected with the University (not necessarily male). The immediate aim was to build up a strong team so that upon getting a turf wicket, the club will quickly be able to rise to sub-district and later district cricket.

In their second competitive season in C-Grade matting the club were runners up in the Grand Final. The club also added a second team in D-grade matting, with little movement between both sides. In 1964-65, the club won its first flag in 3rd-grade matting defeating Ringwood Cricket Club.

1965/66 was the club's first season of turf cricket, with the introduction of a turf wicket at Monash University. The club entered teams in A & C grade turf, along with B & D grade matting. As the club was growing rapidly there was continued debate whether staff should be able to join, or if the club is for students only.

In 1993, the Monash University Cricket Club was invited to play in the Victorian Sub-District Cricket Association. The club entered four sides into the VSDCA along with a turf team in the ESCA.

In season 2003/04 the Monash University Cricket Club was merged with the Hawthorn-Waverley Premier Cricket Club.

For a list of capatins please see the following pages:-