About Monash Uni Wushu and Taichi

The beginnings of the Monash Wushu and Taichi Club (MWTC) stretch back to 1992 when a handful of students began to practice under the guidance of Master Tang Laiwei. By 1994 the Club was formed. To date, Master Tang continues his role as head coach of the club and continues to be an invaluable asset to the Club. Over the years, hundreds of Monash students and alumni have trained at the Club. Members have competed at national and international level competitions and performed at various local events. The Club’s committee also organises social events as a means of enhancing members’ experience. The Club’s Committee – principally consisting of President, Vice-President, Secretary, and Treasurer – is elected at the Annual General Meeting.

Wushu (wǔshù 武术) is the Chinese word for martial arts and is the official term for the martial arts founded and practised in China (Adams & Starr, 2001; Henning, 2001b, 2010; International Wushu Federation, 2013). The term kung fu or gongfu (功夫) is a popular, colloquial, and less specific term that connotes excellence, skill, time and effort. Kung fu, therefore, can refer to any skill developed through time and effort, hence its usage in denoting Chinese martial arts (Adams & Starr, 2001; Green, 2001a; Henning, 2001a; Mooney, 2001).

In a sporting context, wushu refers to the contemporary “sports version of Chinese martial arts” (Lorge, 2012, p. 10) which has experienced international growth with Olympic aspirations (Theeboom, Zhu, & Vertonghen, 2015). Wushu sport can be practiced both recreationally and professionally under two main categories. Taolu (tàolù 套路) or choreographed forms involve set routines scored against standard judging criteria, whereas Sanda (sǎndǎ 散打) or free-fighting is full-contact sport similar to kickboxing with additional throws and grappling techniques. Training at Monash Wushu is focused on the practice of Taolu.

Human survival and self-defence were the driving forces for the early origins of wushu. Thus hunting, agriculture, and inter-tribal warfare were the activities at the roots of wushu’s weaponry and techniques in early cultures. Throughout wushu’s evolution, new and improved weapons were engineered alongside technological advancements – from wood, to stone, to metal, the wushu arsenal grew from the simple stick/cudgel, to stone arrow tips and bronze daggers, to the consummate steel straight sword (International Wushu Federation, n.d.; Wu et al., 1992). Wushu has a vast written history, cannot be fixed into a single meaning, has taken on different meanings and functions in different contexts, and can be described as a living tradition (Lorge, 2012). Master Tang remarks:

“The root is old, just the result is younger, you come out every year to the same apple tree, and the tree is older, but each year the apples are different – new apples. Each year the apples are not the same – it depends on the weather, the rain, but if people try to get them right – tend to the roots right – they will be okay, on the right track.” 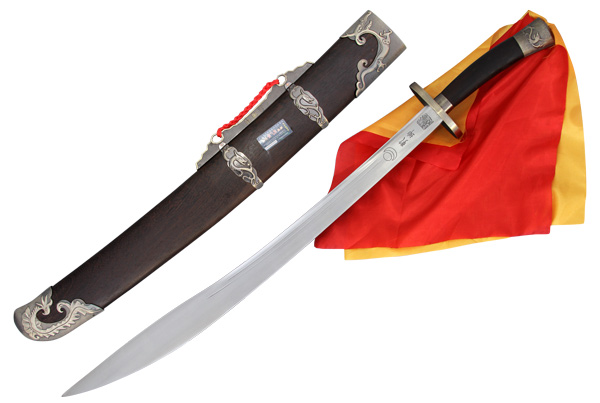 What is Taichi and how does it relate to Wushu?

Taichi is a subset of Wushu and consists of a family of ‘internal’ Chinese martial arts styles and is typically included in the curriculum of modern Wushu schools. Taichi is sometimes promoted as ‘moving meditation’ and emphasises circular movements and theory of yin and yang. Among its many benefits, it develops clear, calm, fluid, and nuanced awareness of body alignment, balance, coordination, tension, and relaxation. Movements are therefore typically practised in a gentle and relaxed manner with an air of equanimity and composure. These features complement the ‘external’ training and make Taichi a highly accessible form of exercise and stress relief. Students have the opportunity to learn a range of internal styles and Taichi weapon forms.

How do we train?

Whilst there is wide array of styles and schools of Chinese martial arts, all share the same basic foundations. Training at Monash Wushu focuses on the continual development of these basic skill sets. At the same time, members have the opportunity to progress to more advanced forms and develop a unique Wushu portfolio.

The content of classes vary from time to time, and might include an introduction to a different style or weapon, the use of pads and light contact sparring drills, or simply focus on basic foundations. However, most classes typically have the below structure:

MWTC does not currently have a formal grading process. Members progress at their own pace, and are generally introduced to new forms every few months. Members seeking formal grading are welcome to do so at our sister-school, Taichi For Life (Nunawading). Alternatively, intermediate and advanced members may participate in various inter-club competitions that are available.

How do I join?

To join the club, please come along to one of our training sessions (see Class Times) to try out your first free class.

If you enjoyed your first free lesson, please join the club here to become a member using either your Monash student or staff account (or your own account if non-Monash or alumni).

Finally, select the membership option that suits you here at the bottom of the page (our Store). The annual membership presents the best value for money and will cover you the entire year, including Summer Semester training.

If you have any further questions, please do not hesitate to contact us at committee@monashwushu.com.

Master Tang Laiwei began training Wushu at the age of seven and was the youngest member of the Beijing Wushu Team when it was formed in 1974. Under the coaching of Grandmaster Wu Bin, the Beijing Wushu Team won ten straight All-China Wushu championships and produced many individual champions. During this time Master Tang won almost thirty medals, including ten gold and the highest title in Wushu, the Wu Ying. His skill with the spear is renowned and he competed in many other styles and weapons.

As a member of the Beijing Wushu Team, Master Tang had the opportunity to travel to the United States in 1974 and 1980 and to Africa, Japan, Europe and Australia. He has also worked in several films, including "North-South Shaolin" (Nan Bei Shaolin), the third of the famous Shaolin Temple films starring Jet Li.

After retiring from competition, Master Tang immigrated to Australia in 1988. He now coaches Wushu and Taichi professionally at his private school Taichi For Life and the Monash University Wushu and Taichi Club. 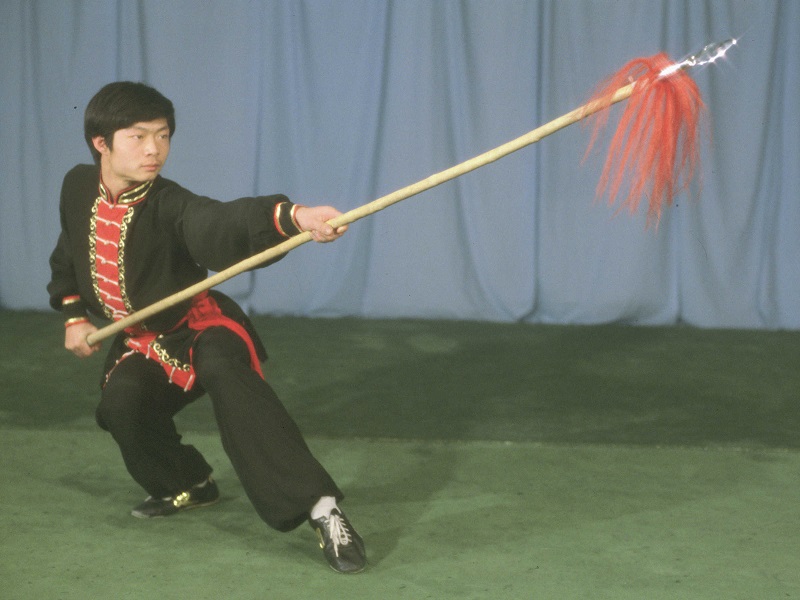 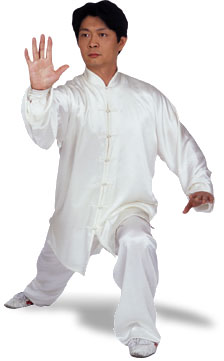