On what seems to be a winning streak this May, Monash have once again made their mark at the UniSport Nationals 3x3 Basketball competition, held at the University of Canberra. A huge congratulations to the women’s team scoring Gold and the men’s team finishing with Bronze!

We caught up with Gold winning team member Sian Gillam to hear about their win.

Running over two days, 3x3 veteran Sian said she was pumped to be a part of the tournament for a third time, yet had no idea what to expect of the competition going in.

“Usually we would have an idea of how strong different [teams] are after 5x5 Uni Nationals in September the previous year, but with COVID-19 wiping out 2020 competitions we were going in a bit blind,” she said.

Their rivals did in fact measure up, and Sian said she found the competition quite the challenge.

“The quarter final against Macquarie University was our most physical game, and neither team could buy a basket, so it was really close. We ended up winning 2-6 which is very low scoring.” she explained.

“The grand final was against UNSW and that game was easily our toughest (as it should be for the Gold!). We had played UNSW in a really close final at Division 2 nationals for 5x5 in 2019 so we knew they could play.”

The game was tight the whole way through at 12 all with three minutes left until the buzzer.

“We were in foul trouble meaning every foul we gave up was two free throws for UNSW, which is a huge advantage in 3x3. I don’t really know how, but we managed to take the win 19-14,” Sian laughed, revealing those final moments of the game were a bit of a blur.

“The girls really stepped up in that game, especially in those final minutes. To be so disciplined defensively and only give up 2 points in the last three minutes in such a high tempo game is such an impressive team effort.”

“We just backed ourselves to hit our shots and play our style of game in that final and it paid off!”

“It was heartbreaking stuff really. I am the only one from this year’s team that was in that 2019 team, so I felt a bit of pressure to get that redemption,” she said.

And that’s exactly what they did, “it was an awesome moment,” Sian concluded.

So where to next for our star players?

Unfortunately, with COVID-19 still alive and kicking – they won’t get the opportunity to represent Monash on the international stage in Xiamen (usually winning 3x3 Nationals gains qualification for the FISU World University Games 3x3 event in November). But Sian says she is “keen to make [her] mark on the ProHustle competition later in the year.”

“For now, we are all focussing on our club competitions which will run until August. After that we are all very excited to be able to represent Monash at Division 1 Nationals in September on the Gold Coast, where we will be looking to defend our title after winning gold in Division 2 and Division 1 in 2019.”

We wish you and the team the best of luck for the rest of the season, Sian! 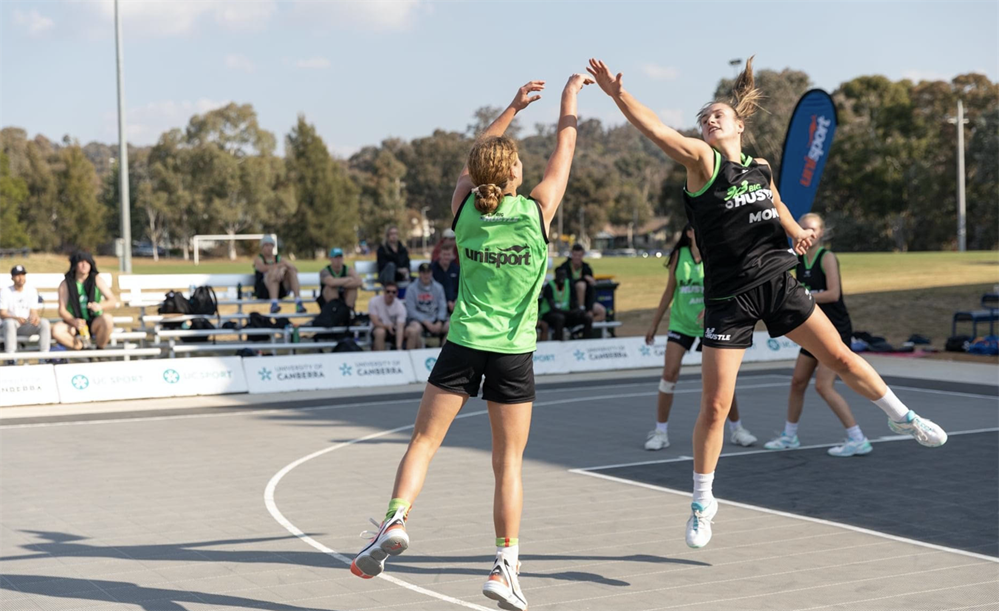