After a long year, filled with another bout of lockdowns, cancelled events and countless Zoom meetings that pale in comparison to in-person activities, the Monash University Clubs and Societies Awards night set out to congratulate the silent (but incredibly hardworking) communities behind the robust clubs and societies you find on campus.

Today we celebrate one of those people — Office Bearer of the Year…... drum roll, please Ariane Ang!

Not only is she an (almost) Law/Commerce graduate, but Ariane is a passionate and dedicated member of the Monash Dance Society, who has served as their President for the last two years. Her primary role is keeping the club organised and its members’ spirits high, despite some incredibly difficult times.

Last week, we spoke to the award winner about what inspired her dancing origins and what has kept her a part of the club for so many years...

Congratulations on the awesome award Ariane! Let’s kick off with how long you have been a part of the Monash Dance Society?

I joined [Monash Dance Society] when I started at Monash in 2018. I started as a general representative in semester two and then I ran for secretary in 2019. For the last two years, I've now been President.

What does your role entail?

It's a lot of just general management really. We do meetings weekly and then during the semester, we run classes on an almost daily basis. So, it's really just communicating with the secretary to make sure that people are rostered for those classes. A lot of it is teacher management as well and chasing up invoices.

How did operations change over the course of lockdown and COVID-19?

Everything's been online this semester. We were very blessed last semester in the way that we were able to run everything — mostly in person — which was really nice and it was great to see everyone back.

But during lockdown six, we decided to go through classes online, mostly because we already had students who had signed up. We didn't feel right just canceling as we had promised them we'd do our best to make everything transfer online.

So we just did our best to keep everything running and we also teamed up with the Melbourne Uni DanceSport Club. That just meant overall, we were able to deliver classes with more people and teachers, just to keep the morale up, as well as making sure that we were able to remain in a good financial place.

What is your favorite part about the job?

Dance has always been my love. I started dancing when I was four. So I love that the club has so many different styles on offer, because it means that I've been able to really expand what I've been exposed to. I think also just the way that the club really strives to be involved with not just Monash as a community, but the wider Melbourne community is great. We've been so blessed to build connections with some of the big street dance clubs, we've started partnerships with really big Latin dance clubs as well.

I think these community ties are really beneficial because a lot of the clubs cater towards beginners. So, when students start moving towards the end of their degrees and they start graduating, a lot of them don't necessarily stick around because they've outgrown us in the sense of what we can offer.

Therefore it's so nice that the club is able to offer them a direction to go, rather than just tossing them out into the wild and saying, “well, good luck finding something.” I think beyond that, within the club, I also love that it's such a big community. I see students make friends in courses that they never would have otherwise and it's just really nice because even in between classes, you have people sitting in the back watching each other and being genuinely so supportive. It's such a good environment.

Did you make a lot of your friends when you started uni through the dance club as well?

I think 90 per cent of my friends are through the dance club. I live with people from dance too. I know in previous committees, they've married each other!

What inspired you to start dancing?

My sister! She's four years older than me and was into traditional Chinese ballet when she was little. So, she helped me to practice and we did little bops together. From there, we even put together little skits with our cousins.

We moved around a lot growing up, so I never actually went to formal classes until I started uni. So I spent a year in Sydney at first because I went to Macquarie University for a year. Then I transferred to Monash — literally for the amount of styles the Dance Society offered. That’s when I slowly started getting exposed to different things and I loved it.

Were you expecting the award or had no idea?

I was surprised. I was very humbled and very honored, but I was definitely surprised. I say this all the time but I am so grateful for the committee that I've had, especially during the ups and downs of the last two years. All I can say is that my committee has just been so great — we're so on top of things, so proactive and they take so much personal responsibility. I could not have done any of the things that I've done at the club this year or last year without them.

So what’s the plan for you and the club next year?

I'm graduating from a Law/Commerce degree this semester, so I've retired. But I’ll definitely still dance at the club as an alumni and I do intend to kind of still be around — just not as much because I’m planning on getting a training contract or completing diploma studies independently and doing my working hours so that I can get my practicing certificate as a lawyer.

Congratulations Ariane (and team) on a well-deserved win! 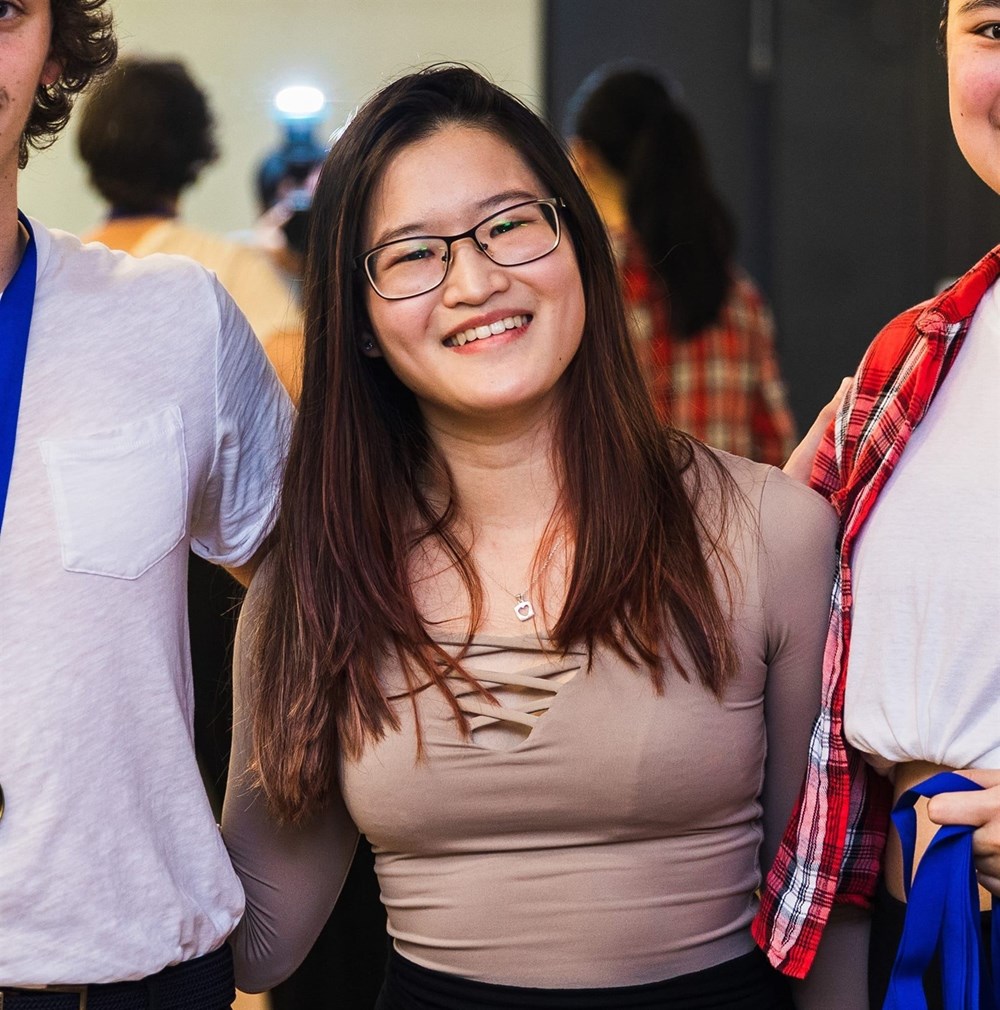