When I first jumped on a Zoom call with our resident race walker, I asked her whether the experience lived up to the hype. Barely giving it a second thought, Bec nodded her head smiling.

“My race was in Sapporo, so I stayed at a hotel with all of the race walkers and marathon runners there, which meant I got to interact with so many people from other countries. That was pretty cool, “ she said.

“Then we went to the Village afterwards and that definitely lived up to expectations. The dining hall was massive, everything felt surreal.”

Despite COVID-19 restrictions being mandated across the Olympic Village which required the Olympians to stay within the confines of their accommodation and wear masks in public areas, Bec admitted the event organisers did their best to keep things as normal as possible.

“They did a very great job of making sure the restrictions kept [the Olympians] safe, and didn’t affect anyone's racing,” she said.

As a debut Olympian and the youngest on the track, Bec said she was “really happy” to have placed 38th out of the 58 competitors she was up against.

“I didn't really have a big goal in mind. I knew I wasn't going to be up there with the front girls, because they've been training for years and this is only the third 20k race I’ve ever done in my life,” Bec said.

“So, my main goal was to kind of start off slower and then pick people off, which I did.”

But this wasn’t easy. According to Bec, despite training regularly in heat chambers at the Victorian Institute of Sport, Japan’s 34 degree heat and 60 percent humidity was a force to be reckoned with.

“On race day, we were in an ice bath for half an hour. We were given Powerade slushies to drink and all this other science hyperhydration stuff during the hours before racing,” she said.

“Then you go into a cool room and I had an ice vest on too. Yet as soon as I walked out on to the start line, I was boiling again.”

After the festivities came to a close. Bec flew back to Australia for hotel quarantine in Brisbane and contrary to popular belief, said she found it super productive.

“I hired an exercise bike, so I'd FaceTime one of my walking friends and we'd just ride together and chat,” Bec said.

“Obviously, I was still doing three subjects for uni too, so I had a little bit to catch up on which kept me very busy.”

Now back in Melbourne facing another lockdown, Bec said she has a big year ahead of her, so she is “enjoying a short break” before jumping right back into training.

“We've got 20km and 10km Nationals, which are both important because we’ve got to do well there to qualify for next year’s Commonwealth Games,” she said.

“We've got World Champs as well and maybe even World Race Walking Cup, so definitely a massive year ahead.”

Bec’s bigger picture goal? To make it to Paris’ 2024 Olympic Games and come back better and stronger.

“Next year’s Commonwealth Games will be a good one because we'll see if i can try and get a medal there, then for World Champs, I want to just try and improve my place from the Olympics,” she said.

“After that, I'll just keep going to 2024 where hopefully, I'll be able to improve and be up there [with the front runners].”

Congratulations Bec, we are so proud of your efforts and we can’t wait to watch you grow!

If you want to learn more about Bec and her Olympic journey, head here. 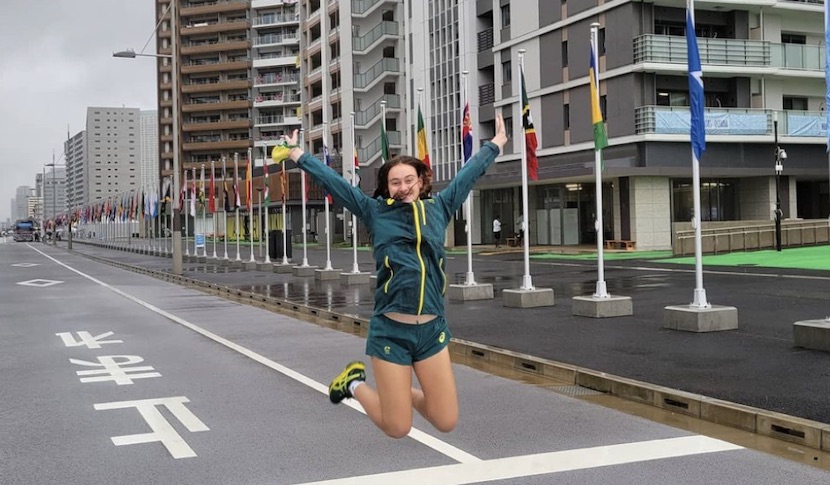