Formed in 1961, and officially a member of VAFA in 1962, it’s been a long road of donning the white and blue for our Monash Blues Football Club. Now, a whopping 60 years later, it’s no surprise that our resident footy faves are still thriving. Boasting five men’s teams and three women’s teams, the club is the pinnacle of Monash pride and community spirit.

But that’s not to say it came easy. The last six decades have seen the club go through a rollercoaster of lost premierships, injuries and transformation, but what remains at the heart of this has (and always will be) the sense of belonging and camaraderie the club has created for its members.

“We’re a club by, for and of the players,” former captain (1998) and committee member Jeremy Smith said in a foreword for the Blues’ 50th year volume of ‘One of Us’.

“Team sport is about more than trophies. Yes, it is about winning and losing, but equally it is about chaos and grace, fear and beauty, failure and redemption,” he said.

“It is also about lessons, usually hard learned: that no good comes without sacrifice; that it is easy to speak, much harder to do; that fidelity and generosity are priceless. But above all, it is about friendship.”

Intrigued to delve deeper into the history of such a significant organisation within the Monash community, we heard from former Blues player (1994-1996) turned team manager (2000) and current committee member, James Gray, about how the club has been able to foster such a great sense of community spirit over the years.

Congrats on 60 years of the Blues! You started at the club back in 1994, what have been some of your best club moments both as a player/committee member?

Thanks, though I do have to admit that when you look at those numbers it is a little scary to think that my span of involvement is quickly approaching half the time for which the Club has existed!

My favourite moment as a player would be one game in the under 19s when I got called on just before quarter time to tag a player who had been running rampant. While he went on to win the league B&F, just before half time he took off on a lead across the ground and I followed until I was physically spent and told myself to just take “one more” step. It was at this point I observed him break his stride and then drop his work rate for the rest of the game. He obviously didn’t realise he was one step away from having me off his back and it’s still an important reminder to me that you should never give up.

I also treasure when I got selected for my first game of open age footy, that might seem a bit strange to a lot of people that sitting on the bench for the reserves is an achievement, though for me my lack of sporting ability meant it was something that I had to work really hard for. I believe that sport is an analogy for life and that it is important to do the best you possibly can. Personally, the resilience and self-confidence gained through small achievements on the sporting field have been really valuable reminders for me in my studies and working life.

Off the field, while there have been a number of highlights for me — premierships, promotions and winning the last game of the season to make finals or avoid relegation, it is actually the friendships and ability to help contribute to making the Club a welcoming place that I value the most. I was awarded life membership back in 2002 just before I went overseas to work for a few years and that is something I am proud of. Equally though I am appreciative that the Club recognised my parents a number of years later with life memberships for their contribution as supporters, jumper repairers, cooks and player function clean-up crew. The club ultimately welcomed them as much as it welcomed me.

First and foremost, it is a players club, on a good day we might only have a crowd of 30 people so you don’t play for Monash if you need the roar of the crowd to motivate you. I then feel that the need to self-motivate builds a level of resilience within the playing group.

Secondly, while small in number, that crowd is so diverse you can have past players who are now Business Executives and QCs mixing with parents from working class or overseas backgrounds. Being part of a small group naturally unites people and is a beautiful representation of society.

The small crowd is also dedicated, we have parents come down most weeks to watch from Swan Hill, Echuca and Albury that contributes to the club having a home away from home feel and that wouldn’t happen if those parents didn’t see value in what the club provides.

Finally, being a uni club means we have a high turnover of players, everyone gets a fresh start every year and that means there isn’t a strong hierarchy within the club, everyone is equal and valued for what they can provide.

Going back to 1994 when you started, what was it like for you as a new player? How did the club make you feel welcome?

I’m naturally a very shy person, so the club was great for me as an opportunity to meet people and form friendships. I met my best-man at my wedding through footy, connecting with some familiar faces one lunchtime in the first week of uni on the lawn outside the science lecture theatres.

Starting in the under 19s (aside from a handful of second year players who importantly help to guide the way) everyone is new, we have country kids new to Melbourne life, mixed in with some city dwellers looking for a new challenge. No one knows anybody else so you get recognised for who you are and what you can provide. Where you went to school or what your parents do for a living doesn’t matter.

I see that as a core part of uni life, though it gets magnified in the structure of a well-run sporting club. You turn up, get a new nickname and the Club provides a structure that enables you to mix with people who have experienced it all before. There is something in that given I am still known as “Jacko” today!

The game is the catalyst that allows for those interactions to occur naturally. Each Saturday there is a period where the club is focused on trying to kick more goals than the opposition, though beyond that the role is much more profound.

What drew you to stay on the committee for all these years?

While there can be a range of reasons why people join a committee, to do it long term I think there needs to be a strong alignment of personal and club values. For me, it is about wanting to give back as a way of thanks for the friendships and confidence I gained through the club. Instinctively, it feels right to try to ensure that the club remains a place that offers that to new students every year.

How has the club been coping with COVID-19 lockdowns?

I definitely think lockdowns would have been a different proposition if we didn’t have social media and smartphones to keep people connected. Connecting with others is a large part of team sport, and obviously that’s not easy to replicate online. The players really took the lead here last year organising charity fun runs, trivia nights and more informal catch up opportunities. It was a lot better this year when we actually got to play some footy,

What has been the club's biggest change from when you started as a player to now?

The club has a lot more teams now, including three women’s teams, though in reality this is more of an evolution than a change. The girls just love being able to play footy and are also great at looking out for each other. It really matches the community that attracted me to the club in the first place. The rise of women’s football is also reflective of a broader change in society and for me it should ultimately be an opportunity to prolong my involvement with the Club. I have two young girls and it’s amazing how much more excited and engaged our four year old is when she watches the girls play and has something to aspire to.

It’s great that the club is bigger and can offer its unique sense of community to a greater number of people and as the world recovers from COVID-19 I think that is going to be more important than ever. It won’t be without its challenges because more people means you need to make more connections to maintain a connected club, though I feel that the Club has enough people around with the right core values to make it work.

Itching to learn more about the club or how to get involved in footy at Monash? Click here. 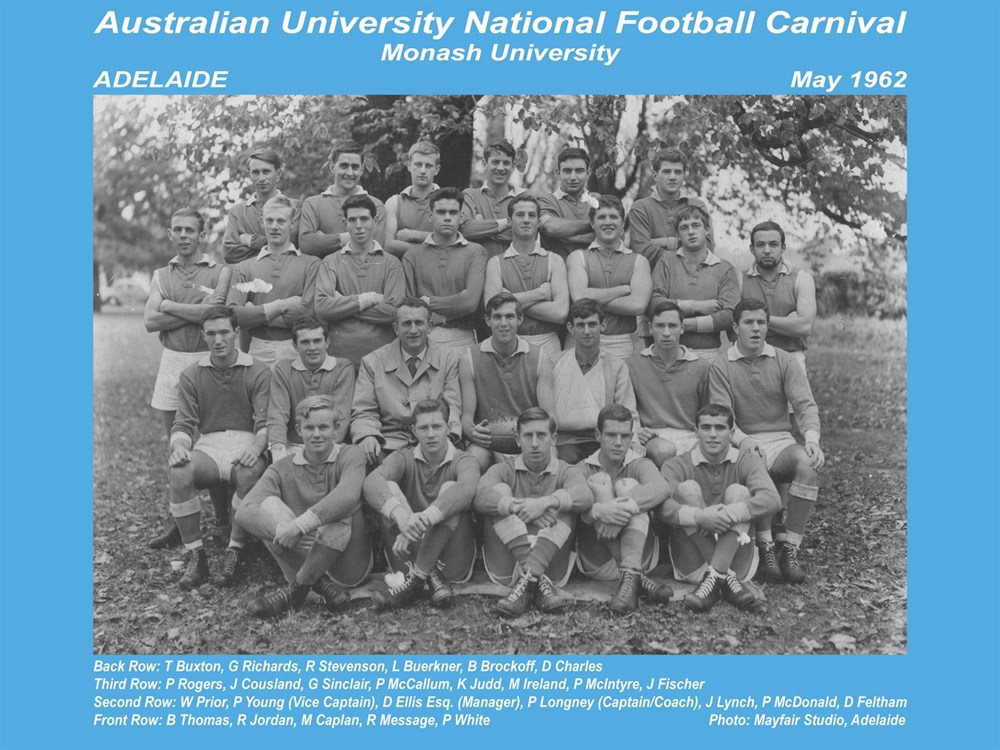