The League of Legends Oceanic Challenger Series got underway last week and ORDER Academy got off to a flyer!

Monash x ORDER was in-front the entire game and ultimately won in just over 35 minutes.

The squad displayed superb objective control and fighting, epitomised by the huge disparity in takedowns, ORDER finishing with 21 to Gravitas' measly nine.

Among the best players were 'Takao' and 'Mog', who both had brilliant matches and played key roles in ORDER Academy's eventual victory.

Next up are the QUT Tigers, who Monash x ORDER take-on at 9pm this Thursday night and can be live streamed via Twitch here: https://www.twitch.tv/RiotGamesOCE

Best of luck to our League of Legends champions! 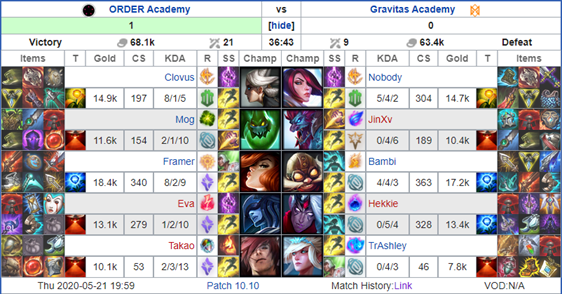