The fourth round of the Oceanic Challenger Series regular season is in the books and Monash x ORDER Academy suffered its second loss of the season.

The loss came at the hands of UQ Union and left ORDER split at two wins and two losses for the season.

The match lasted almost 30 minutes and ORDER failed to find its usual rhythm, losing its foothold in the contest late and never being able to fight back.

"Although the Monash team showed life in the early and mid game, the strength of the opposition draft showed, and allowed them to take the lead from the 17th minute, causing the game to snowball out of control," he said.

ORDER Academy now sits at equal fourth on the ladder, narrowly holding on to a playoff position.

After its first loss in round two, the squad was able to bounce back immediately, hopefully it will be able to continue that trend this Thursday night when it takes on UTS Esports.

Tune in live from 6pm on June 18 via this link: https://www.twitch.tv/RiotGamesOCE 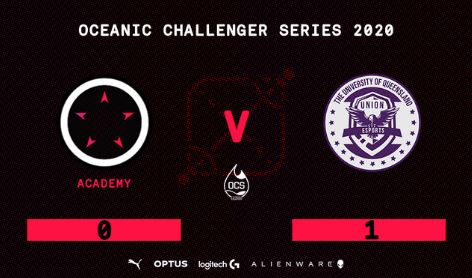