After a series of losses, a week off wasn't enough for Monash x ORDER Academy to right the ship as it fell to Mammoth Academy in week 9 of the Oceanic Challenger Series.

Following back-to-back losses prior to the bye in week 8, Monash x ORDER Academy was hoping to re-calibrate and come back to finish the season strong. Unfortunately, the Monash squad couldn't get the job done and subsequently finds itself on the outside of the playoff picture for the first time this season.

Team coach Eric Lee said the loss puts the team in "a precarious situation".
"Our team is currently standing at 3-5 with two games left to play, leaving us in a very difficult situation to break into the top six playoffs," he said.

"This week we play Dire Cubs who are 8-0 and a loss would make it near impossible for us to reach the playoffs.

"Against Mammoth Academy we continued with our team-fight focused draft and strategy, unfortunately our struggles to transition from early game to mid game caused us to lose again.

"We again showed good initiative taking first blood in the top lane, but we haven't been able to find a way to transition these little wins into something bigger."

With only two matches remaining in the regular season, and ORDER Academy in need of two victories, now is the perfect time to get behind the squad and support!

It faces Dire Cubs tonight at 7pm, then finishes the regular season tomorrow night against RMIT Redbacks at 7pm. Tune in to both match-ups here: https://www.twitch.tv/RiotGamesOCE 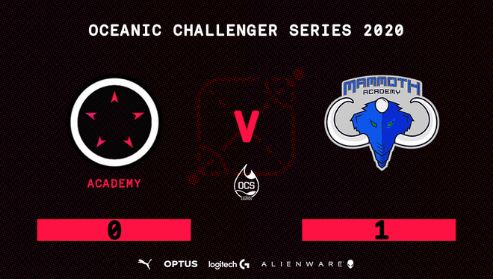