Like the vast majority of the country, if not the world, we’ve all spent the last few weeks, bodies embedded in our couches, eyes tightly glued to our screens, following some of the world’s most talented, dedicated athletes come together from far and wide to compete for Gold at Tokyo’s Olympic Games.

And I’m sure you can agree, there’s really nothing quite like it either — the spectacular rush from watching Australia narrowly take the lead in the final two seconds of a race, or when the whole stadium erupted in cheers, tears and pride when our all-female 4x100m relay team won their first Gold of the Games.

But for us at home, it’s easy to forget we only see the pinnacle of their performance. For many of these athletes though, five minutes on screen marks years, if not their entire lives of honing their craft, practicing their excellence, nurturing their injuries and being wholeheartedly committed to their respective sports.

That’s why we want to take this time to celebrate every single one of our Monash students and alumni: Linden Hall, Georgia Griffith, Rebecca Henderson, Laetisha Scanlan, Tess Lloyd and Heming Hu, who competed at the Games this year.

We know how hard they work for their sport and how much time goes into their craft. So a massive congratulations is in order for their star performances!

After placing third in Round 1 of the 1500m heats, Linden progressed to the semifinals on Wednesday Aug 4, where she finished in third place again. This was enough to launch her into finals, where she placed an incredible sixth overall with a time of 3:59.01.

“What a night,” she announced on Instagram following the win. “I’ll find some words soon, but for now; sixth at the Olympics.”

After a tough domestic season, battling injury after injury, Georgia managed to clock a fantastic 14th in Round 1 of the 1500m heats. Unfortunately, she did not progress to the semifinals but she managed to achieve a seasonal best at her Olympic debut.

“Obviously not the race I had hoped for, but also wasn’t the season I dreamed for either,” she said, alluding to the setbacks she has encountered as a result of tearing her plantar fascia.

“There were many times when I really thought it wouldn’t be an option...so it’s seriously been such a privilege to wear the green and gold.”

That didn’t stop Georgia from putting her downtime to good use and encouraging her teammates, coming up with creative nicknames, slogans and signs to support her fellow Aussies.

We are so proud of you Georgia!

Our resident table tennis aficionado Heming Hu started his Olympic Games campaign with the Mixed Doubles. He and his partner Melissa Tapper started the Round of 16 against power house France, and were defeated 4 - 0, unfortunately not progressing any further.

Heming and Melissa love playing together, and following their match against France, although they lost, Heming said “as always, I love playing with Milly and even more so on the biggest stages! It was great to get the cobwebs of [the] first international tournament since COVID-19 [out of] the way.”

Heming later played in the Men’s team event and went up against Japan - who were eventually named as Bronze medalists! An extremely tough match pursued where they were unfortunately defeated 3-0, not progressing any further.

Direct from hotel quarantine in Brisbane, Heming thanked the whole Monash community, saying “Thank you so much for all the support over the whole Olympic journey, the whole Olympic campaign. The journey is definitely more fun [that way]!” he said.

After an awesome effort in the first four days of competition, where she competed in 12 races, Tess finished in an amazing 13th place overall. Tess unfortunately did not progress to finals, narrowly missing out by only 3 places, but says she is still feeling so honoured to have had the opportunity.

“[I’m] feeling so grateful we were finally able to make it to Japan and do what we love! Super proud I was able to represent my country and against the best in the world. Once an Olympian, always an Olympian! Thank you Monash for all the support” she concluded.

We’re so proud of you too Tess!

Bec had to wait until the second last day of formal Olympic Games competition before she got to compete and what an agonising, exciting wait it must have been!

In 34 degree heat and as the youngest in the field, Bec managed to finish an impressive 38th out of 58 competitors in the 20km women’s race walk event, at her first Olympic Games.

“Wow!! I’m an Olympian!!” Bec announced after her race on Friday Aug 6.

“Such an awesome experience getting to race against the world’s best — can’t wait for 2024!!”

We’re sure it won’t be the last time we catch her on the world stage, congratulations Bec!

Laetisha, who is no stranger to the Olympics, managed to finish a fantastic fourth place in her women’s trap division, just narrowly missing a bronze medal.

She continued to compete with teammate James Willett in the mixed-team division where they finished seventh overall.

“Bittersweet,” Laetisha sums the experience up. “Thank you for the memories, Tokyo.”

Regardless of the results (which were all excellent nonetheless, we must say), we are so proud of our athletes and we can’t wait to see what else their professional sporting careers have in store for them! There’s no doubt we’ll see some of these great names appear again at Birmingham’s 2022 Commonwealth Games and Paris’ 2024 Olympics.

You can check out our Olympic webpage or social media for more information about our athletes and their results. 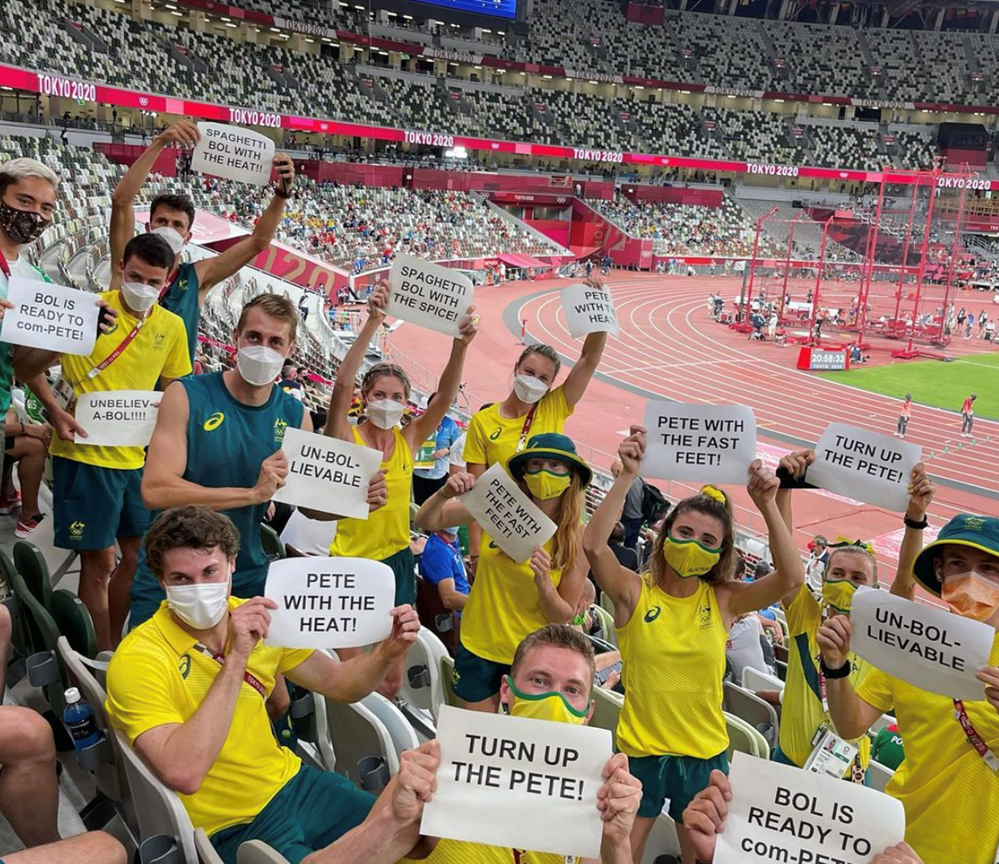