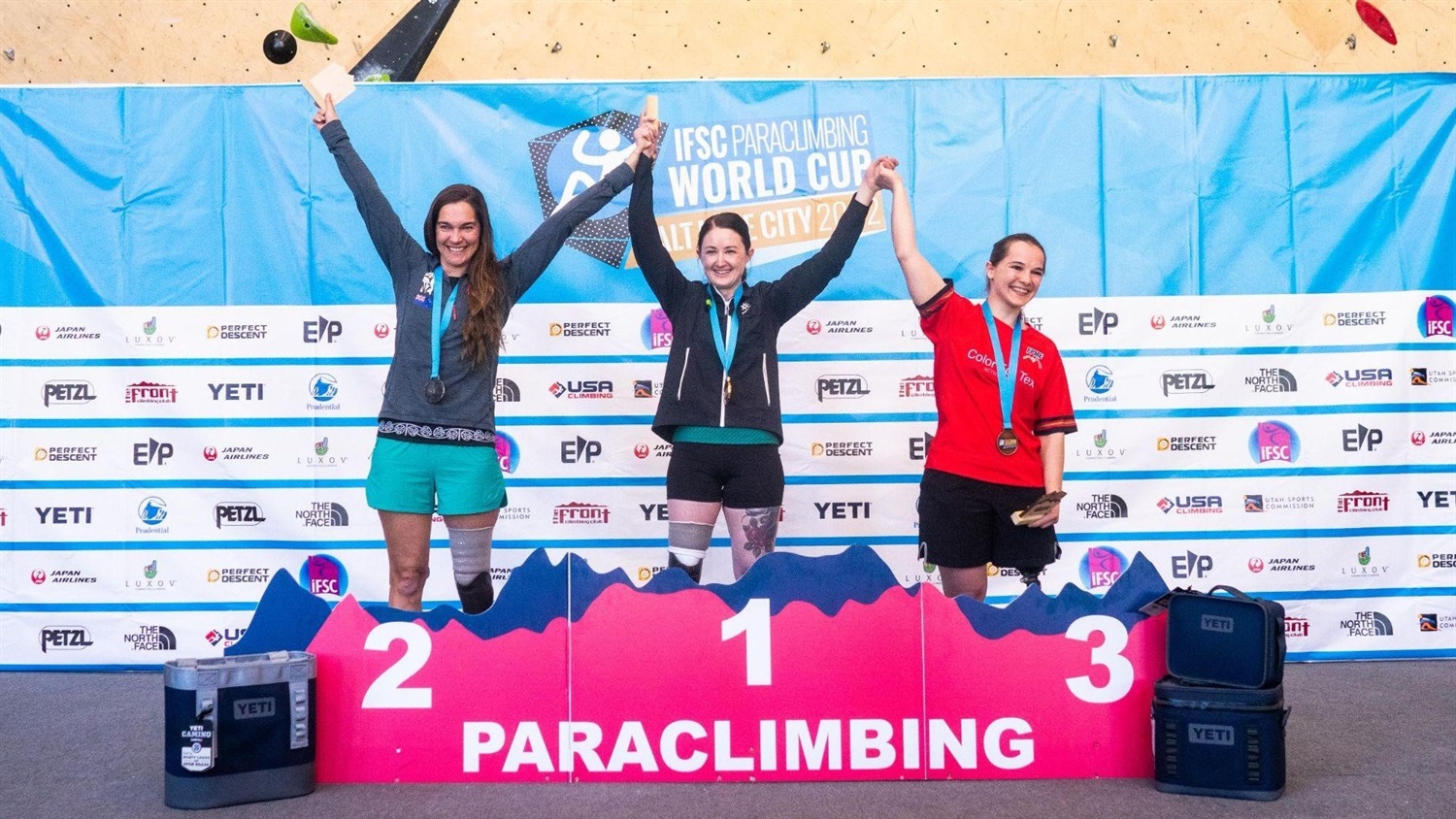 Sarah Larcombe, who graduated from Monash University with a Bachelor of Science (Hons) and a PhD, competed in her first international competition earlier this year at the International Federation of Sport Climbing (IFSC) Paraclimbing World Cup in Salt Lake City, and brought home a gold medal - Australia’s first ever sport climbing World Cup medal!

And she didn’t stop there! Sarah continued to succeed by placing second at both the IFSC World Cups at Innsbruck and Villars, and winning another gold medal at the Austrian Paraclimbing Master Championship - an all first in Australian sport climbing!

“They had the Australian flag up on a TV screen. They played the anthem and everything. It was a crazy feeling," the athlete said after her IFSC World Cup win.

Sarah’s journey to becoming a Paraclimbing champion started after graduating with a Bachelor of Science, followed by an Honours and PhD in the department of Microbiology. She started climbing in 2019 after receiving her PhD and first competed at state level in 2020. From there, Sarah commenced training in 2021 with a goal to make the national team and compete overseas the next year.

With a keen interest in bouldering, the Paraclimbing medallist became an active participant of Adaptive Climbing Victoria (ACV) - a volunteer-run group that provides climbing opportunities for people living with disabilities.

The right-leg below-knee amputee started competing while working as a Postdoctoral Researcher, which required her to train in the early mornings, evenings and weekends.

Sarah’s current role as a Senior Research Development Coordinator at the Monash Biomedicine Discovery Institute, now provides her with more mental space for training and enables her to spend time volunteering for the climbing community. “I still get to contribute to and support the amazing research that happens here,” Sarah says.

The Australian Paraclimbing champion is still currently involved with Adaptive Climbing Victoria which readily hosts events such as Indoor Climbing ‘Come and Try’ days for people living with disabilities. You can find them on both Facebook and Instagram.

We look forward to seeing what Sarah will achieve next and wish her the best of luck with Paraclimbing!