QUT Esports Tournament Carves Out Space for Women in Gaming

QUT Esports Tournament Carves Out Space for Women in Gaming

Introducing Monash’s first female esports team, the Sirens, who will be participating in The QUT Women’s ANZ League of Legends Tournament scheduled for this Saturday 28 November.

The full-day competition — dedicated to boosting women’s visibility in the Australian and New Zealand esports landscape and providing competitive and collaborative opportunities for female gamers — will take place virtually, bringing both high school and university students together to battle it out for the acclaimed League of Legends (LOL) championship.

Captain of the Sirens’ B team and Monash postgraduate student, Michelle Croughan said Saturday will not only mark her first time competing in an esports tournament, but also the first time the team has ever played together in a competition,

“We haven’t officially competed before as a team, but we have been practicing online heaps over the last few weeks. Everyone’s online most evenings to have a few games together,” she said.

While nervous to make her debut, Michelle said she’s excited to just “have some fun, play with the girls and enjoy a good day.”

Being a PhD student in physics, the postgraduate said she too understands the struggles associated with being a female in a male-dominated field, thus appreciates that QUT are fostering a dedicated space for women in gaming.

“There is this phenomenon in industries like this if you are a woman and you want to succeed, you have to be the best of the best to be appreciated. To stand out, you have to go above and beyond what the average man in the industry would do just to be accepted there,” she said.

“I think this is a similar situation in esports... there shouldn’t be any difference in the abilities of men and women, but I think it’s important there is a space where us girls can go and compete and have fun.”

Despite this being their first competition, we expect this is only the beginning of a new community for the Sirens.

“We’re super keen to keep the team going, keep doing competitions and getting new members…It’s not going to end after the tournament, we’re not going anywhere,” Michelle said.

You can show your support by watching the team live on Twitch this weekend. 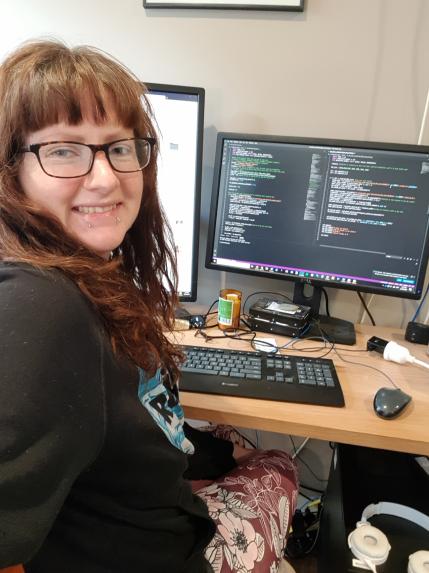