The intense rivalry between Monash and The University of Melbourne never gets old, and on Wednesday May 19, our hockey, touch and squash teams well and truly put it to the test in our second multi-sporting event of the annual Big Blue competition.

With the weather at bay and a whole lot of passion, Monash managed to finish the evening with some awesome results:

“Before the game we had a bit of a team talk about what we really wanted from the game, and ultimately we agreed that it was just to have some fun. It was a great way for us all to forget about assignments and exams for one afternoon and have a run with some friends. And if there was a little competitive sliver in there that wanted a win for Monash? Well, who can blame us,” women’s hockey player, Priya Gibson said.

While they claimed victory with a lucky goal in their final quarter against Melbourne, it wasn’t without hard work and determination.

“The competition itself was definitely a challenge. [Melbourne] had good coordination in their midfield that led to some brilliant passes and plays of the ball. Their defence was constant, skilled, and overall very intimidating, which, as a defender myself, I both respect and find a little frustrating,” Priya said.

“Their forwards had fantastic movement and positioning that forced our own defence to constantly adapt our marking and formation. Ultimately, Melbourne Uni forced us as a team to communicate more and rethink our own structure on the field, so I'm very pleased we ended up with the win for the night.”

This fantastic effort put us up 10-8 against Melbourne in the overall Big Blue tally with table tennis, badminton and water polo still to come later this year.

Check out the other results and find out more about representing Monash in Varsity sport here. 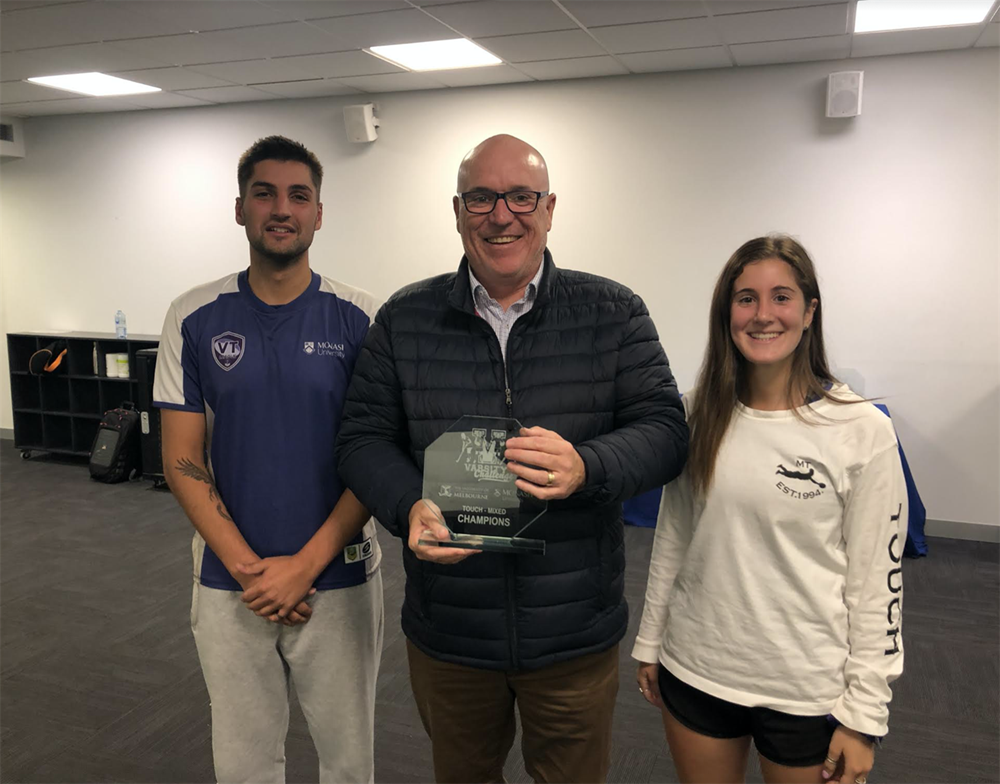