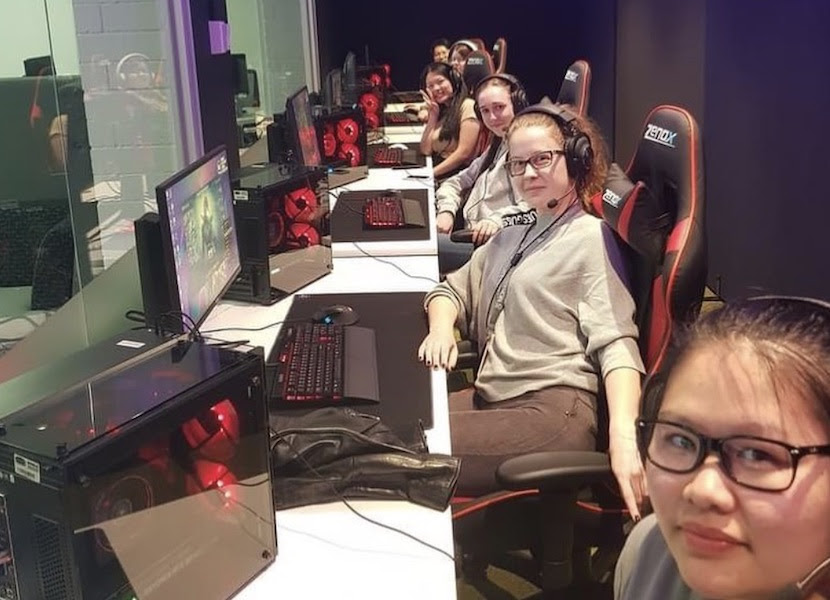 Having been holed up in our houses for the better half of a year, it’s unsurprising we saw a surge in esports participation last year. But now, despite the easing of restrictions, the resumption of more in-person activities and sporting clubs being back and better than ever, Monash’s esports community still continues to thrive.

Player and team leader, Michelle Croughan says the Monash Electronic Gaming Association (MEGA) have a big year ahead of them leading three teams:

Currently Storm is competing in the Total Mayhem Gaming tournament that spans six weeks, and Inferno in the QUT intervarsity League of Legends tournament running from April through May.

“We are so keen to see how they progress!” Michelle announced.

This year also marks the exciting new addition of an exclusive esports lounge for our Monash players.

“We started the semester with the three teams training from home and not having met anyone in person. So, the room has allowed us to come together as a team and build social connections as well as feel like we belong and are respected as athletes at the university,” Michelle said.

“I think having the esports room shows that Monash is starting to take the esports space seriously and I think this is integral for building a team that is committed to representing Monash.”

If you’re interested in joining esports at Monash, head over to their website to find out how you can get involved.