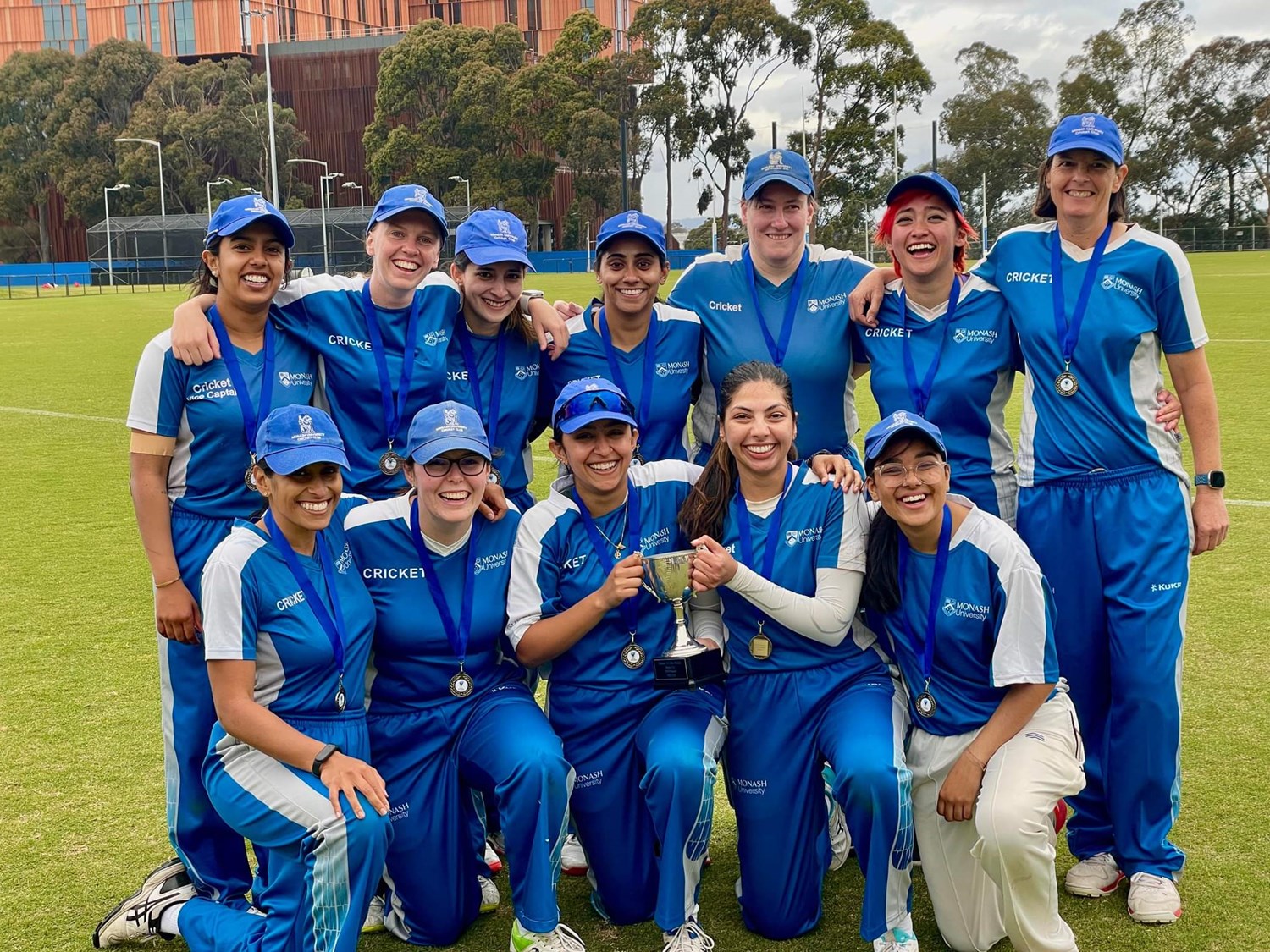 The Monash University Gryphons Women's Shield 1 Team have claimed redemption by taking home the T20 premiership in the Women’s Community Cricket Shield with a 31-run win over Frankston.

The side last claimed the premiership in the 2018/19 season, and were then moved up to the Shield division. While they’ve competed in finals every year, this season’s win marks the first flag and a huge breakthrough.

Monash Gryphons’ captain, Suki, was there for the last premiership but says the makeup of the team has vastly changed and the latest win is a testament to hard work.

“Since we last won a premiership, the core girls have stayed but it's been a predominant change of team since then,” she said.

“This team, we’ve been working at this for the last three years, everyone has developed heaps, they’ve worked on themselves and it was great to see everyone excel at what they’ve been practicing.

“We felt pretty confident going into the game, still a bit nervous, but we stuck to our guns and our best was good enough to beat Frankston.

Undefeated going into the match, the win was even more precious given the season both teams faced. The weather had played havoc on this year’s cricket season, with Monash only able to manage a handful of games.

“Rain has made a disaster for the season,” Suki laughed.

In the win, Monash batted first and put forward a strong total of 2-125 off their 20 overs. Vanchica Pathania made 42 opening the batting, while Sajani Wijekoon 43 - who ended up the Player of the Match – and Saseeka Manukulasuriya 19* powered home the innings in the final overs.

The Gryphons then bowled beautifully, restricting Frankston to just 4-94 to secure the comfortable victory.

Frankston has been somewhat of a bogey team to Monash in the new division.

So to beat Frankston in the crunch clash made the win all the more special for Suki and the team.

“Last time we won a premiership as a team was the 2018/19 team, then we got promoted into the Shield grade,” Suki added.

“Since then, we’ve made a final every season but lost to Frankston… so now we’ve finally got one of them.

“Last year they eliminated us in the semis and the year before.

“Finally getting one over Frankston, last two years we’ve always come close and crashed out, this year we were feeling quite confident, we’d developed as a team a lot, a few new players as well.”

Now, Suki’s already turned her attention to the next competition, where she’s already eyeing off another game against the rivals.

“Now the One Day campaign starts and we have a final (around) March, if we end up facing Frankston again, hopefully we can win that one too,” she stated.