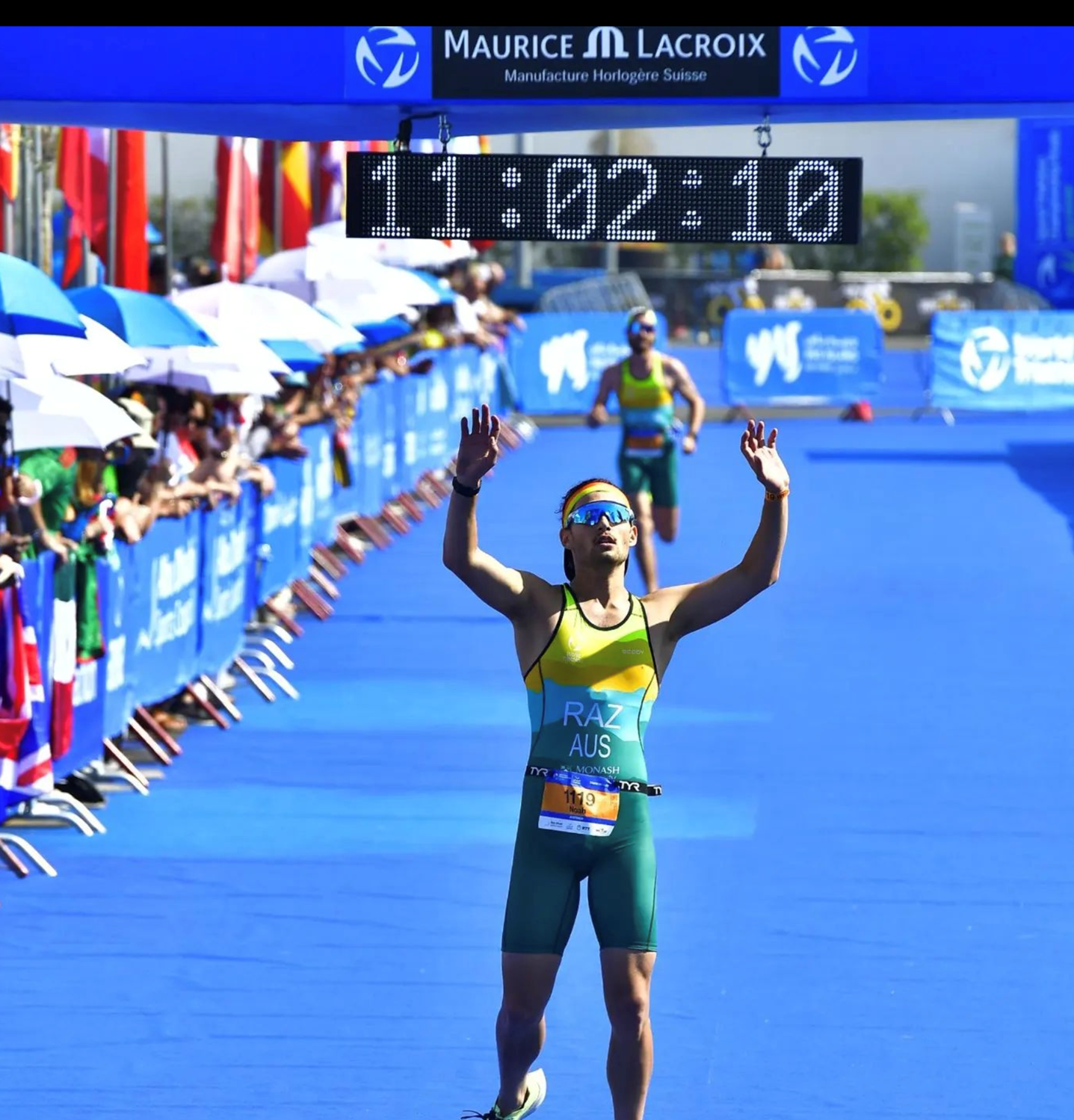 Bachelor of Education (Honours) and Bachelor of Music student Noah Raz says he leaves the United Arab of Emirates “extremely happy” after his amazing effort in the World Triathlon Championships Finals.

Noah finished 14th in the Male 20-24 age group and 102nd overall in the hardest race of his life.

After a 1500-metre swim, 40-kilometre bike ride and 10-kilometre run to finish, Noah collapsed on the finish line following his extraordinary effort and was suffering from hyperthermia in the hours after the race.

He finished in a time of two hours, 11 minutes and 10 seconds, a new Olympic distance personal best!

The World Triathlon Championships was Noah’s Grand Final for 2022, and he says nothing was left on the table.

“I went into this race with high expectations on myself and not everything went to plan but I gave it 110% out there and left nothing in the tank,” Noah said.

“I crossed the finish line in a daze and immediately hit the deck... I don't quite remember the following few minutes but I was soon sat in an ice bath muttering single words to the medical staff. Almost an hour in the medical tent later and had recovered from my hyperthermia brought on by the insanely hot conditions and my will not give up and kept pushing all the way to the end. All I wanted to do for the last three kilometres was fall down and crawl but I mustered the will to keep pushing even harder.

“I can come away completely satisfied that I travelled halfway across the world to represent my country and give absolutely every ounce of effort I could muster.”

“In 31° degree heat, it was the hardest thing I've ever done. After a few kilometres in I realised that sub 40 (minutes) was off the table so I just tried to stay in a steady rhythm, and then push as hard as I could for the last few kilometres.

“Then I crossed the line and collapsed.”

Noah’s now set his sights on 2023 and the world stage once again, this time looking at the Hamburg Sprint Distance World Championships in July.

Team Monash wishes Noah all the best for his upcoming schedule and you can follow along with his progress here.