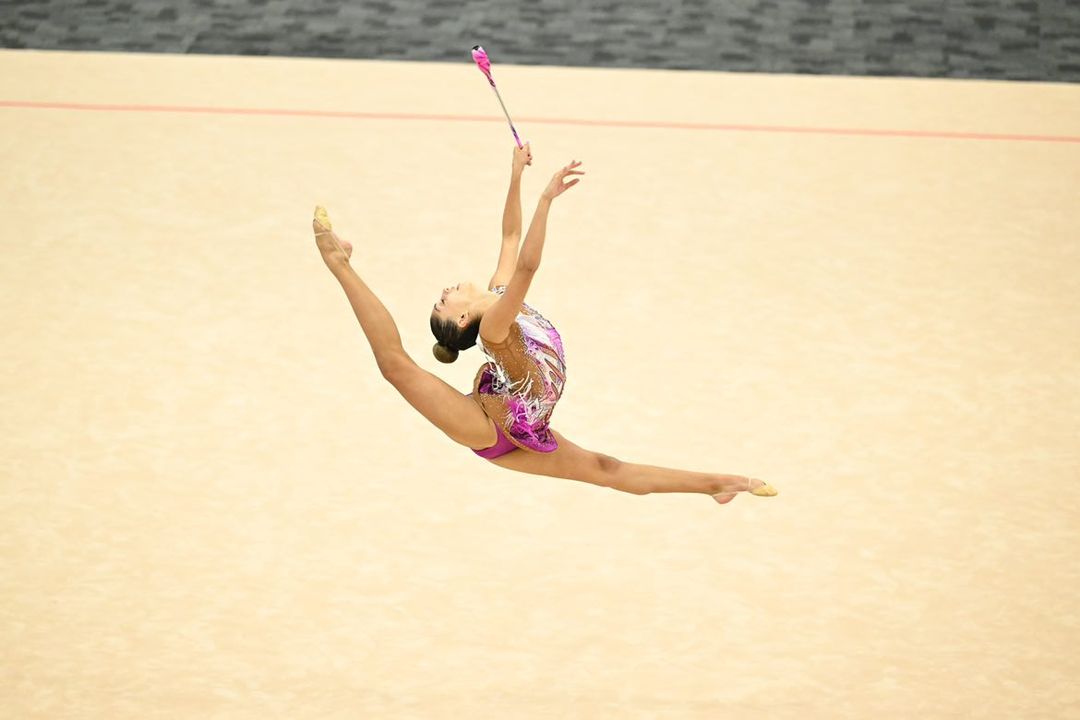 Every four years the Commonwealth Games marks an important event for athletes around Australia. For many, it is a cumulation of years of hard work, training, and sacrifice, all for a shot to represent Australia on the world stage. This year was no exception, with hundreds of athletes in green and gold traveling to Birmingham, England, hoping to bring their best.

Australia saw one of its best Commonwealth Games ever, topping the medal tally with 178 medals and surpassing the prestigious 10,000 gold medal mark.

Within this talented group of athletes from around Australia, were eight Monash students and alumni. These athletes are beyond impressive, managing to reach the highest levels of their respective sports while also juggling assignments, lectures, and exams.

We spoke to Law student, Gymnast and 3 x medal winner, Alex Kiroi-Bogatyreva after the Games, and she told us about the pressure of the competition. “I came into the Commonwealth Games as the most experienced and with the most titles, and all I needed to do was my job. Sounds easy but many of the gymnasts cracked under the pressure. I went out there for 3 days in a row and did my best.

On winning Gold on the last day of competition, Alex said “The 8 hour training days, my parents' sacrifices, the financial sacrifices, living overseas alone, and all my coaches hard work add up to this gold medal. It was a nice finishing touch to the team silver and all round final bronze!”

Congratulations to Alex, along with Romi Brown, Ashari Gill, Linden Hall, Georgia Griffith, Rebecca Henderson, Kiera Austin and Nathan Ephraums. You all made Monash so proud!

Read about their Commonwealth Games achievements below:

Romi Brown started her Commonwealth Games debut off with a bang on the 30th of July, winning a team silver medal in Artistic Gymnastics. The Science student posted incredible scores for the Australian team and launched herself into the Individual Floor Finals, where she placed 8th overall.

Following her competition, Romi said that it was the “experience of a lifetime” and we are sure that there is much more to come from this amazing athlete!

After winning a Bronze medal at the Commonwealth Games in 2018, Alex came back hungry for seconds. She, along with Lidiia Iakovleva and fellow Monash student Ashari Gill, took center stage in the team finals on the 4th of August scoring a whopping 268.65 points, securing them second place overall and a silver medal!

From there, the Law student went on to compete in the individual all-around finals the very next day, scoring the highest in the competition in the ball apparatus and second highest in the clubs. Her hard work and determination paid off, culminating in a Bronze All-Around Medal!

On the 6th of August, Alex donned her rainbow leotard one more time to battle it out in the individual clubs, ball, and ribbon finals. She started off with the ball finals, finishing 5th overall. Next, she moved onto the clubs with a Beyoncé-inspired routine, scoring an amazing 29.400 points, and winning the gold medal! Teary-eyed, she hugged her coach, becoming the first Australian to win a gold medal in rhythmic gymnastics since 2010.

After a grueling three days of non-stop competition, Alex took to Instagram saying, “Every time I look at this medal, I remember everything this last year has put me through and this one piece of gold means so much more than just a medal around my neck.”

Congratulations Alex and good luck at the upcoming world championships next month!

Fellow Prahran Rhythmic Gymnastics Centre member, Ashari Gill, competed for Australia in the team finals on the 4th of August. Making fine contributions to the three-person power-team, she secured herself a silver medal!

Ashari narrowly missed out on competing in individual event finals, however, she continued to support the Australian team from the stands, spotted filming Tik Tok videos with fellow Monash student Alex, documenting their Commonwealth Games experience.

After placing forth in the 2018 Commonwealth Games, Linden came back for round two, faster and stronger than ever, having broken the illustrious 4-minute barrier the previous year. She started off this year’s Commonwealth Games on the 5th of August, cruising into 4th place in the qualifiers, securing herself a spot in the final.

On the 7th of August, she stepped up to the starting line and competed against a world-class field. The race opened at a modest pace with all the competitors remaining in a tight pack. The last lap of the race was a mad dash to the finish line with a fight for the bronze medal between Linden and fellow Australian Abbey Caldwell. Linden finished in 4th with a time of 4:05.09, with only 0.3 seconds separating her from bronze.

We are so proud of you Linden!

Georgia went into the Commonwealth Games 800m competition, right after competing in the World Championships in Oregon. She competed in Round 1 of the qualifiers on the 2nd of August placing 4th with a time of 2:00.36. Georgia narrowly missed out on qualifying for the finals. However, she ran a season’s best time and her 2nd fastest time over 800m.

After the competition, she stated “So grateful to have had the opportunity to compete at my 2nd Comm Games”.

On the 6th of August, Rebecca competed against eight other athletes in the 10,000m Race walk final. Despite being the youngest athlete in the field, Rebecca was a fierce competitor placing fourth overall and marking a great time.

She took to Instagram to say “4th at Comm Games!! Such an amazing experience racing in a packed stadium – the crowds in Birmingham were insane!”

The Australian Diamonds entered these Commonwealth Games with something to prove after having been narrowly beaten in the final four years before.

The Australian team competed strongly throughout the first few matches, with Kiera making significant contributions to the team, however the last match of their pool saw an upset for the Diamonds when they lost to Jamaica who they would then play again in the Final.

Australia were fired up and ultimately finished on top with a final score of 55-51. This win not only had them reclaim their title as Commonwealth Games Champions, but also cemented them into the history books by winning Australia’s 1000th Commonwealth gold medal!

Congratulations to Kiera Austin for her hard work and determination!

The Kookaburras entered the semi-final match against England with confidence, having defeated every team in Pool A. A large contributor to this was none other than recent Monash graduate Nathan Ephraums, who scored many goals leading up to the semi-finals.

The Kookaburras were not to be stopped in the semi-final match, crushing their competition, and securing a place in the final against India. On the last day of the Games, the stage was set for the Kookaburras to walk onto the field wearing the green and gold one last time. The Kookaburras asserted their dominance early, with Nathan impressing right out the gate, scoring a goal in the first quarter. In the second half, Australia remained unmatched with Nathan scoring another goal and Australia winning their 7th straight Commonwealth games gold medal in hockey, with a final score of 7-0!

Amazing work Nathan, we are so proud of you!

Read more about Monash at the Commonwealth Games here!