Monash University's inaugural Women in Sport Luncheon was held on Friday the 21st of October 2022, launching the conversation about how sport participation provides opportunities for female students to become leaders at a young age.

The event provided an opportunity to acknowledge that there are barriers to female participation in sport and encouraged discussion around how we can create a network that supports, encourages and celebrates what women achieve. To view all the photos from the event, visit our Facebook page here.

Women in Sport at Monash

Though Monash has equal participation rates between men and women in club sports, female club committee members make up only 21% of Club Presidents.

Research also shows that women between the ages of 18 and 24 often transition out of participating in organised sports, resulting in a large drop off in club membership numbers and involvement in sport upon entering university.

This age group in particular makes up a large cohort of the university demographic and we are committed to supporting and developing opportunities for them to continue their sporting journeys throughout and after their time at Monash.

These problems demonstrate the need for programmes and structural change to be implemented within sporting organisations across Australia in support of women in sport.

In Australia, sport is a key part of national identity and within this sporting culture, exceptional female athletes have made significant contributions to Australian sport, bringing home medals, winning championships and competing at the highest levels. Examples include the continued success of the Diamonds (netball) on the world stage, the foundation of the AFLW, and the Opals (basketball) remaining in top-3 positions in international competitions. Her hard work and dedication to life in and around sport make her an inspirational role-model to women all around the world.

This positive change for women in sport is hopefully just the beginning of a movement towards greater equality, participation and initiatives in the future.

Monash’s Performance, Representation and Engagement Programs (PREP) will continue working on this prevalent issue going forward and is looking for suggestions and ideas about how to engage and uplift women in sport.

If you are passionate about this issue please contact us to get involved. 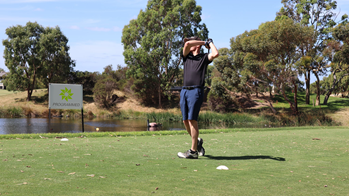 Tee off with us at the Chancellor's Cup Golf Day!

The annual Monash University Chancellor’s Cup Golf Day is fast approaching, with the event to be held on Friday, February 10, 2023. 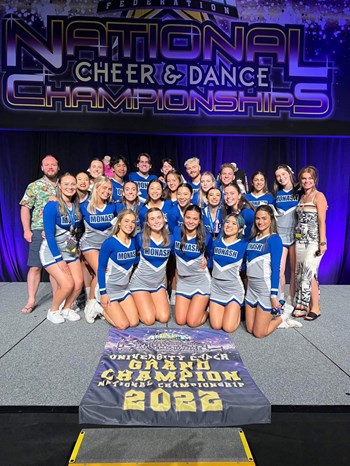 Monash Cheer and Dance wrap the year up with a bang

In late November, 136 Monash University Cheer and Dance athletes arrived on the Gold Coast to compete in the All Stars Nationals competition.