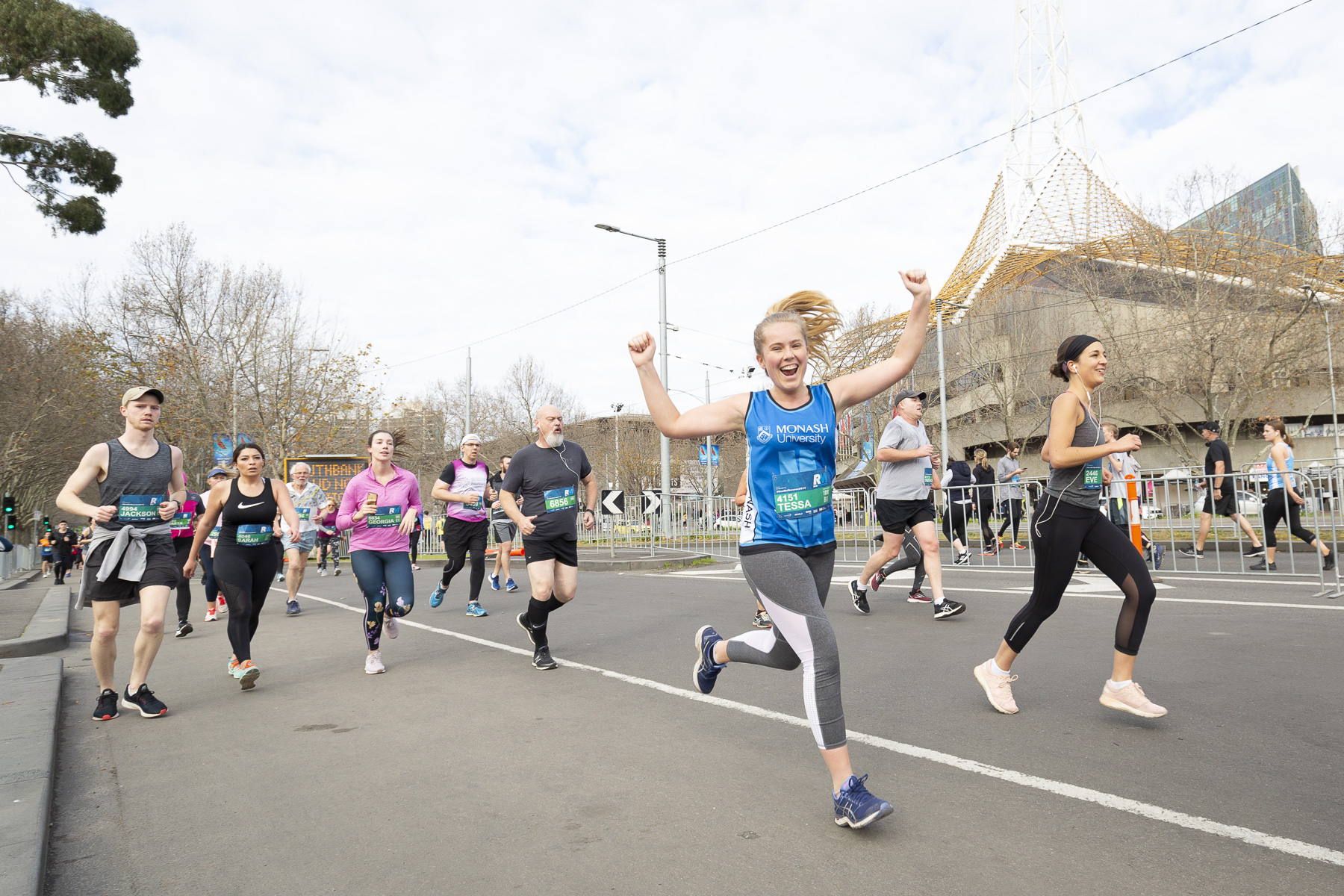 The Championships saw participating University's encourage its students, staff and alumni to run 5km, 10km, a half marathon or a marathon and record their results on the ASICS Runkeeper app to score points for their University.

The Monash community rallied around the event and achieved outstanding results. Monash finished 1st place the Men's Championships, 2nd in the Women's and with a combined points score of 291 points finished first overall, narrowly surpassing second placed University of Queensland on 264.

Team MONASH Program Leader, Carolyn Gordon, said the event was a great opportunity to keep the Monash spirit alive despite lockdown's across the country.

“We really wanted to emphasise the intervarsity competition and spirit, and it was more about the importance of getting people active than winning,” Gordon said.

“We wanted to create that sense of belonging to the university – even though you're working or studying from home, you’re still a part of Monash.

“The Monash spirit definitely came out; we are a competitive bunch and it was great to have that friendly rivalry as well.”

With the state of Victoria currently amid a stage 4 lockdown, Gordon added that these virtual events are incredibly important to get people out of the house and spreading some positive energy.

“We just really wanted to encourage people to do something for themselves, for their mental health and wellbeing,” she said. “It is hard right now, there's so much Zoom fatigue and everything's online.

“If this competition motivated someone to get a better time than they did last week or go for a run every day instead of sitting on the couch, then that’s great.

“With the mental health issues at the moment and increased numbers of depression and anxiety, we needed to emphasise the importance of getting outside and getting some fresh air and exercise.”

Monash University had over 100 students, staff and alumni registered for the event which was outstanding.

Special mentions must go out to Jess Dunsmore who came 3rd in the Men's student 5km category, and Emilie Guy and Emily Eastman who finished 2nd and 3rd in the Women's Half Marathon.

Hang in there Monash because the light at the end of the COVID tunnel is on the horizon!