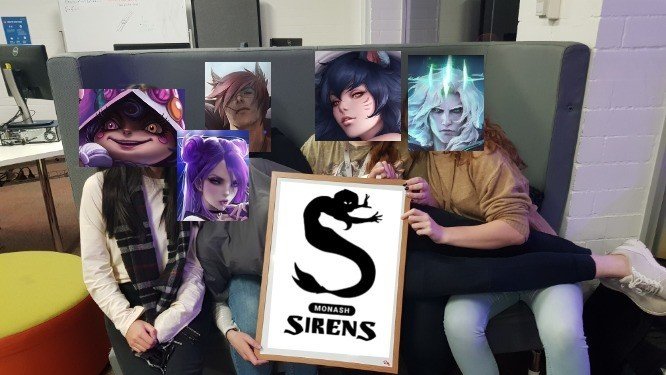 While sport in Victoria is at a standstill yet again, and making it to a UniSport Varsity event before the end of the year seems bleak, the good news is that the world of esports has been unaffected.

With the ability to play against the best of the best from the comfort of their couches, both UniSport’s Nationals and QUT’s Intervarsity League of Legends tournaments are now well-underway and our Monash Electronic Gaming Association (MEGA) open team has made great progress.

In celebration, we caught up with MEGA’s Varsity Team Organiser, Michelle Croughan, to ask how they’ve been faring in lockdown, as well as how they’re gearing up for the next few weeks jam-packed with online events.

How has MEGA been faring over the past few months?

MEGA has been going strong despite the lockdowns. We have been able to run some online game nights and had MAX (Monash Arcade Expo) on September 2 and 3.

In terms of esports — more specifically our League of Legends teams — we ran our mid-year tryouts in July and have a new open and womens team. Both teams have been training hard!

The women's team has just finished competing in the QUT womens intervarsity tournament where they took out second place which is a huge achievement.

The open team just finished competing in UniSport Nationals and have started QUT’s Intervarsity tournament. So we will be supporting them over the next few months there and will hopefully see some good results!

So awesome to hear that UniSport Nationals still went ahead! How did the open team go?

The open team played their first round of qualifiers last weekend and came fourth in their group of eight which was great. It meant they went on to compete against the top four teams from the other group in the next round. Unfortunately Monash placed fifth out of the 16 teams there. Only the top four go on to the playoffs, so we have no more games.

That’s still a fantastic effort! What about the QUT Intervarsity tournament — how’s that going?

The open team played a QUT Intervarsity tournament game on Thursday against ACU and won, which is great news! We are now funneling our focus onto the QUT tournament and are hoping to perform well there.

Has Melbourne’s lockdowns thrown a spanner in the works or are you all doing okay given esports is easily transferable online?

Lockdown has been hard as it means we have not been able to make use of the new esports room on campus. This has hindered the team's social interactions, but other than that everything has been operating online pretty smoothly!

Have you been able to coordinate much training from home?

The team has been training online together twice weekly up until now. With three days of tournament games at the moment, it is a bit hard to fit in normal training around study but nevertheless they are playing really well and learning from every game.

How has esports provided a sense of community for you over your time at Monash?

Honestly being involved in an esports program has been a lifesaver over COVID-19. I have made some really good friends and really enjoy hanging out with the players online. The sense of community is fantastic especially amongst the players of the women's team, they often talk about themselves being one big family and it is great to be a part of that.

Want to show your support for our awesome esports gamers? Follow @MonashEsports on Twitter for updates and game times, and tune into the QUT Intervarsity League of Legends tournament live on Twitch.