With another round of lock-down imminent, the Monash Netball Club will remain united.

As the coronavirus continues to spike across Victoria, club members are being forced to wait even longer before a return to action.

The netball season was set for a July 20 return, however, with six weeks of stage 3 restrictions being enacted across metropolitan Melbourne as of 11:59pm July 8, there will be further delay.

Club member and Social Media guru Steph Poort said everyone within the club "is on standby".

These online social interactions will likely be re-implemented by the club as it remains resolute in supporting its members.

Steph Poort highlighted the importance of members staying in contact, particularly for new members yet to become fully acquainted with their peers.

"For some of the newer club members, it's been really good to see they've been engaging with us and coming to the trivia night's we've been holding on Zoom and participating in the weekly challenges," she said.

"The most important thing is that the club has a love of netball. Whether it's just for fitness, or love of the competitive game, we're all just super keen to get back on court, whenever that is.

"That's the general consensus from everybody, we're just keen to get back out there in whatever way that we can."

Check out Steph's wonderful creation on how the Club is missing Monash here. 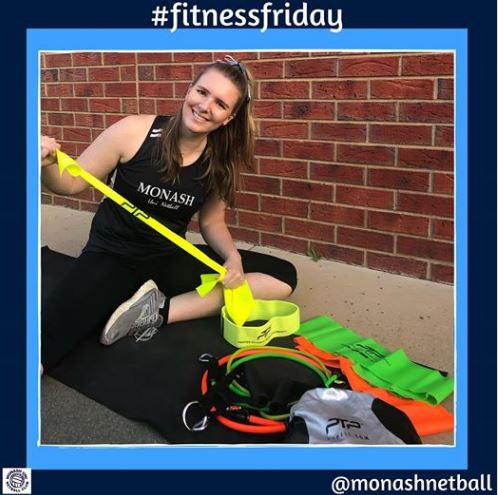