Despite Legacy Genesis being one of the competitions strongest outfits, the Monash squad was disappointed nonetheless.

Team coach Eric Lee said the team "has been looking shaky in the past few weeks as they've been focusing on their exams".

"Unfortunately this has meant that we have little time to practice as a team," he said.

Limited practice meant the team started slow and although the squad came together in the latter stages of the match, it was too little too late.

"During the match there were a few promising signs where the team did execute their plays well. However, due to the lack of resources the team was already too far behind to win fights," Lee said.

"The players showed confidence, but the opposition this week proved too strong as they controlled the game from start to finish."

The team now sits equal sixth on the ladder and is in danger of losing its playoff foothold. It will need to bounce back in the final weeks to stand any chance at a postseason birth.

ORDER Academy has a bye in week eight, so it's next match-up is in week nine on July 16 against Mammoth Academy. Tune in live here: https://www.twitch.tv/RiotGamesOCE 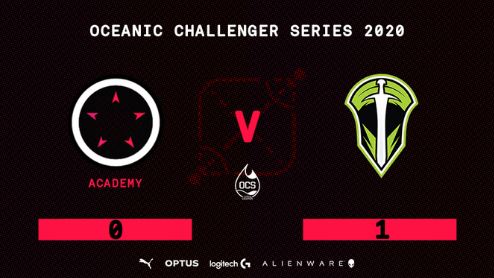