From the 1st to the 4th of June 2022, the Monash University Nova Rover team took on the enormous challenge of travelling to and competing at the University Rover Challenge, in Utah, USA.

The University Rover Challenge (URC) is held annually and gives universities from across the world the opportunity to participate in an elite three day competition that requires teams to design and build Mars rovers which could hopefully one day be used by astronauts on Mars.

After a long break due to covid, the Monash Nova Rover team came back in full force. 25 students ranging in all sorts of skills and knowledge, designed, built and tested their rover before meticulously packaging it up and taking it overseas to compare in the US.

“2nd place overall was such an incredible feeling, the whole team was buzzing for hours after our final task - we had realised that not only did our systems work as intended across all tasks, but we would be in the running for a top 3 position overall in the world,” says Monash Nova Rover Team Leader, Ben Jessett.

Monash were the only team to come from the southern hemisphere, competing against 36 other global university teams from 11 different countries.

The challenge consisted of different tasks and missions over the three days. One of the tasks was the Extreme Retrieval and Delivery exercise which had teams follow an obstacle course in collecting tools, water bottles and rock samples around the Mars Desert Research Station. It tests teams on their rover’s strength, reliability and communication. 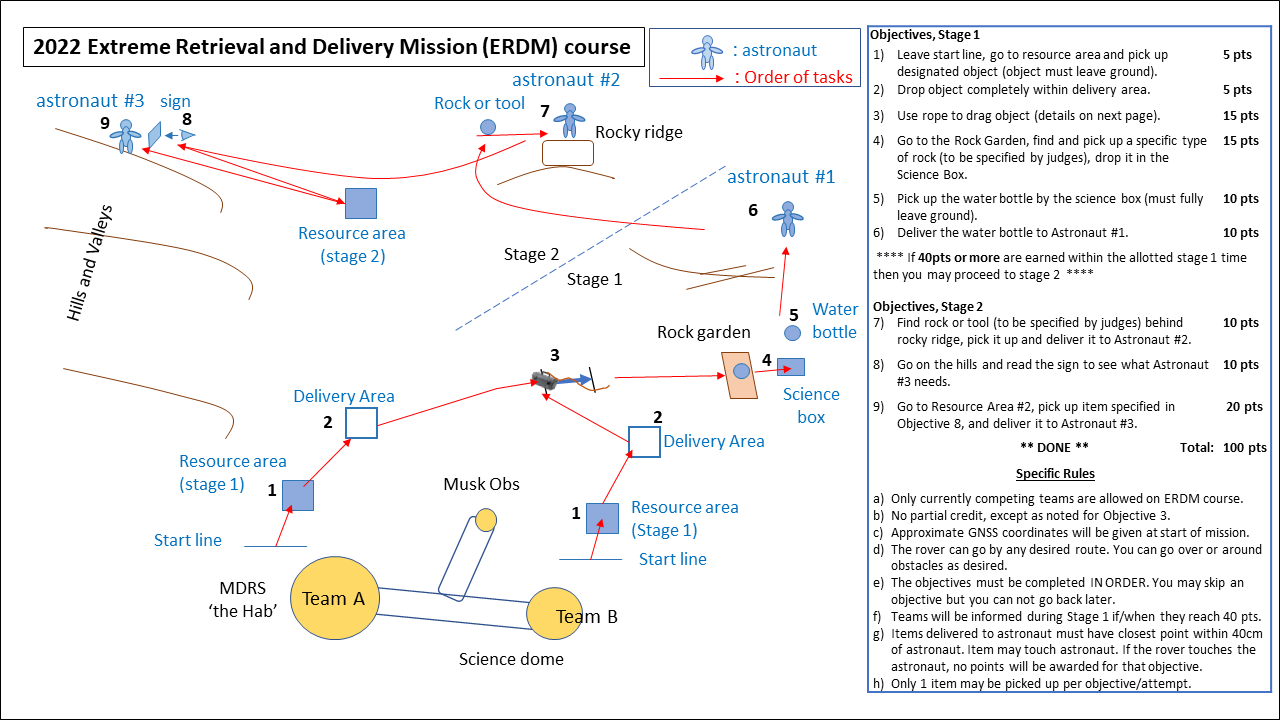 With a score of 380.55 points, just 8 points behind first place getter the University of Michigan, Monash’s ‘Platypus’ rover performed exceptionally well. Beating their 2019 result of 9th place, the Monash team did an incredible job in securing second position at this year’s URC.

Ben says if it wasn’t for such a tight knit team, they would not have received such a high score.

“To see everyone step up and support each other was inspiring and warming. I believe a large aspect of our overall success came down to how quickly and calmly our team responded to issues and supported each other right through to the end. This culture I believe led to the outcome.”

“All of our late nights and countless hours of development over the last 3 challenging years had paid off, such a beautiful ending to our strenuous, covid impaired campaign, and such an incredible student experience, to travel and compete alongside friends, this was an experience we will reflect on as one of the best in our lives.”

“Receiving the 2nd place overall was such a proud and humbling moment for the whole team.”

Monash Nova Rover was proudly supported by the Monash University Faculties of Engineering and Science, Monash Abroad, along with the University’s Elite Student Performers Scheme, which enabled students to defer exams where required and ensure their studies weren't impacted by the trip.

The team are now at the NASA Kennedy Space Centre in Florida attending tours, participating in activities and meeting professionals in the field.

Ben says that the team is excited to return home and get started on a new rover for next year’s challenge.

“After seeing all of the other teams designs and our systems performance, the whole team has been reinvigorated to come back stronger again next year with an all new rover!”

We can’t wait to see what the team has installed for next year. The entire Monash University community is extremely proud of all the incredible effort the group has put into creating a successful and impressive Mars rover. Congratulations team!

To explore and learn more about how the Monash Nova Rover team executed their Mars rover, head over to their facebook page here.