Consistently maintaining top of the ladder following every match, our two Monash groups were eventually forced to play head-to-head against one another in the Grand Final.

Both teams were extremely excited to represent Monash University and “were pretty confident” going into the competition after having played together a lot, one of Monash’s star Smash players, Ernest Lam said.

The boys agreed the initial rounds were relatively easy, but they did run into a few close calls, "throughout the group stages, we found it not so challenging, but when we got to the quarter-finals, the ANU team was definitely harder to beat," winning player Connor Kinkead said.

"Yeah, it really came down to the wire with ANU," team member Jacob Yap added.

In the end, MON 2 came out on top, with MON 1 earning silver, although luckily the teams were no strangers to some friendly Monash vs Monash competition.

"We're all kind of part of this tight-knit Smash community at Monash, so everyone from both teams already knows each other… because of this and because we all play with each other a lot, it's always nice to just see how it plays out." Ernest said.

The Smash community have organised and taken part in a number of local competitions in the past, which gave them great practice for the championships.

"We decided to organise our own local tournaments to show newcomers what the whole Smash scene was about, especially because playing normally with just a bunch of friends on the couch is so different to playing in a tournament... Often you seize up, go back to all your basics and kind of forget everything; it's just the heat of the moment. So having match practice definitely helped us," Jacob said.

The championships also became a welcome relief from the lack of physical social interaction permitted during Victoria's second lockdown,

"I'm actually a first-year, and I only got to spend one day on campus, so I didn't know anyone and I hadn't made any friends yet, but after coming across the Smash group at Monash, now they're the people I talk to everyday, my friends really,” Connor said,

"It's because of this game and our competitions and stuff like that, I'm really able to have some kind of social connection during this time.”

It's clear the Junior Mash League (JML) is about more than just a game, and the team will continue to play together during quarantine even after the finals are over.

"The group made a Discord channel together and everyday now during quarantine, we just all hang out and study together. It's pretty cool." Ernest said.

You can watch their competition matches on UniSport's Twitch, and keep up to date with the team's latest videos on their YouTube channel.

You can view the overall results here.

Thanks to everyone who participated and we can’t wait to see where the future of ESports takes us! 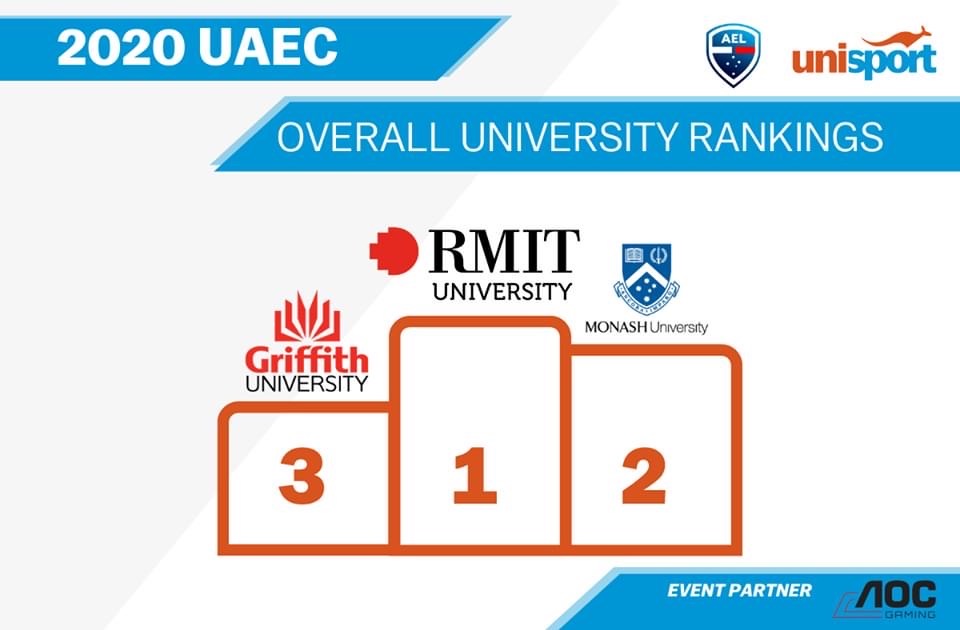