Monash student and elite race walker gears up for Tokyo 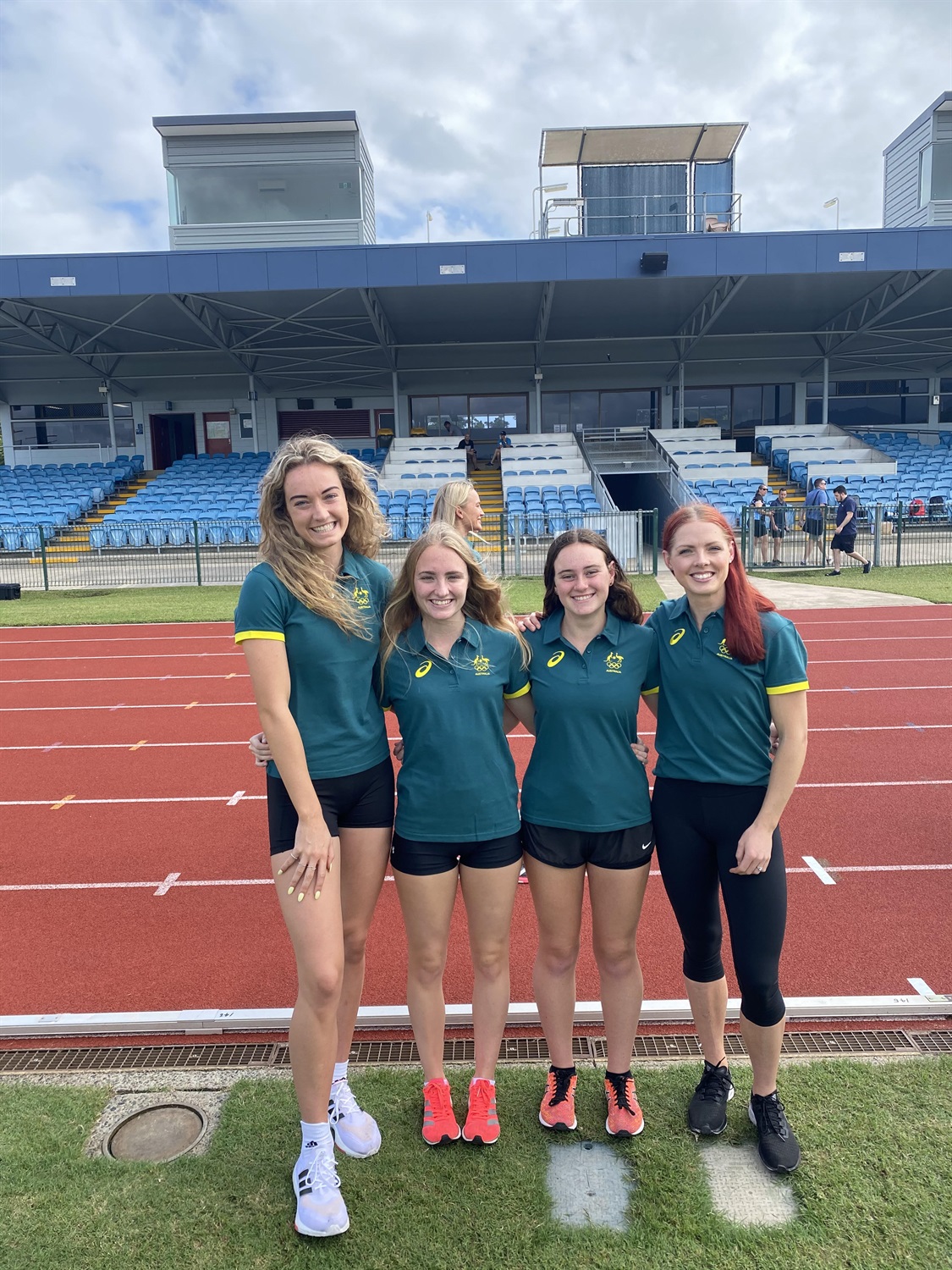 Monash student and elite race walker gears up for Tokyo

Monash Biomedical Science student, Bec Henderson, doesn’t only have talent when it comes to the classroom. As it turns out, when she hasn’t got her head buried in the books, she’s actually an elite race walker.

Having attended championships and training camps all over Australia, she now welcomes her newest challenge — Tokyo’s Olympic Games.

In the spirit of great achievements, we caught up with Bec to ask how she is gearing up for her big debut and how she’s feeling in the lead up to her first Games.

To start, tell me all about your experience making it to the Olympics? The highs, the lows? What was it like finding out you’d qualified?

My event is the 20km race walk and my first 20km race was in late March this year, so it has been a pretty quick turn-around for me in terms of trying to qualify for the Games. In 2020 I was a junior, which only has a 10km distance to race, so I've had to double my race distance in the past year, which is quite a big jump. After world juniors was cancelled last year I started to increase my training load slightly to aim to qualify for the 20km race at the World University Champs. The Olympics wasn't really on my radar at that point. However, over this summer I was training really well and had taken 2.5 minutes off my 10km time from the previous year, so that's when my coach and I started to realise I could possibly make the Games.

Athletics has quite a complicated qualifying system based on points and world rankings, but I knew I had to complete two fast 20km and a 10km to be eligible for selection. Athletics Australia was able to organise two 20km opportunities, which we wouldn't normally get in Australia, after Oceania Champs was cancelled a few days before (due to border closures).

It was quite stressful at some points trying to qualify as I had to race well in all of my three qualifying races, while hoping that borders stayed open. Once I had completed all my races, it was such a relief and I was high enough in points to be secure for the remaining overseas races, which was fantastic.

Finding out I had qualified was super exciting! My whole family was super excited and it is just an amazing feeling finally finding out your long hours of training have paid off and you're going to get to compete at an Olympic Games.

How long have you been doing race walking for and how did you get into the sport?

I started race walking in U/9s at Little Athletics, so about 11 years now. At Little Aths you get to try out all the events to see which ones you like the most and what you are best at. I was never really very good at the sprinting events, which are the main events when you are younger, I used to get excited when I would come second last in any of the sprints. The first time we did race walking though, I won the race and thought it was fun so I just kept going with it and started some training for it as I got a bit older.

How is your training going? What does an average week of training look like for you? Has lockdown affected any of this?

Training has been going well into the lead-up to the games. I have only really been doing a proper race walking program for about eight months now, but it has been quite a full-on season with lots of races. A normal week for me would be between 80-100kms of race walking and running, plus four to six swims a week and two gym sessions. We have two long sessions that range between 16-25km and then two faster rep sessions that have about 8-10km of speed work. The rest of the week is just easier walks/runs.

Over the past month or so, we have also been doing sessions in the heat chamber at the Victorian Institute of Sport at about 32-36 degrees and 60-75% humidity to prepare for the heat in Tokyo. This year we have been lucky enough to have a few training camps in Thredbo, Melbourne and Cairns which has been great as it has mostly got us away from any lockdowns this year. There have been lots of changes to important qualifying races due to COVID-19 this year though, making it difficult to plan for anything. Last year however it was difficult to train in lockdown, I was tying myself up to the fence and swimming in my backyard pool everyday throughout and then going out and training just around the streets for my walking and running, so overall I was pretty lucky during lockdown.

How are you feeling in the lead up to the Games?

I'm feeling really excited in the lead up to the games. This is my first Olympics so I just can't wait to get out there to race and experience it all. This is also my first senior team and I will be the youngest athlete in the race, so it will be really cool to race against the best athletes in the world (some of those being previous Olympic medalists and World Champions).

It is my understanding the Olympics will be held without spectators. How will you gear themselves up without a crowd? Do you often rely on audience support?

In general, our Australian races don't have many spectators so it won't be much of a change for me to race without a crowd. My coach will be there cheering me on as well as all the other team officials helping us out, so we will have some people cheering us on which is still exciting. With all the other team officials and coaches from other countries, it's likely that we will actually have a larger crowd still than any races in Australia. I think just the excitement of actually racing at the Games and the atmosphere generated by the athletes being the biggest competition for everyone will make it just as exciting as if there was a large crowd. As my race goes for about 90 minutes it's always nice to have a few people cheering you on, especially when you're quite tired towards the end of the race.

I think the most disappointing thing about it though is that the athletes' family isn't able to go over and experience the race in person. They are an integral part to every athlete's support system, ensuring they can be at their best.

How are you juggling your sporting career and your studies simultaneously?

Through the ESPS I've been able to schedule my classes around my key training sessions each week. When I'm away for a camp or races, all of my unit coordinators have been really helpful in organising alternative arrangements for me to complete all of my work while I'm away. I'm always very busy during the semester with full-time uni and training, but I've been able to cope pretty well so far due to the accommodations Monash is able to make for elite athletes.

To find out more about Bec’s road to the Olympics, click here. 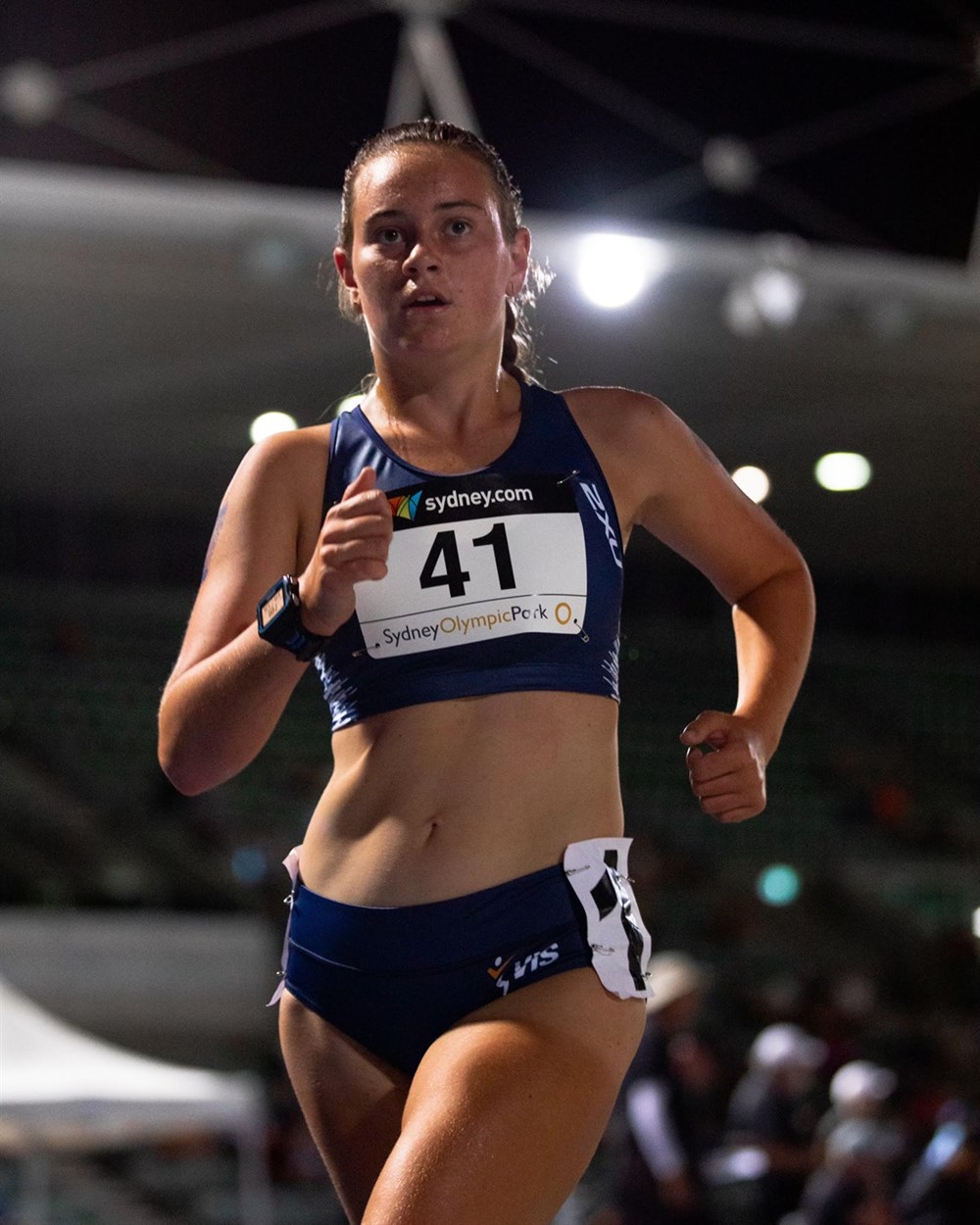